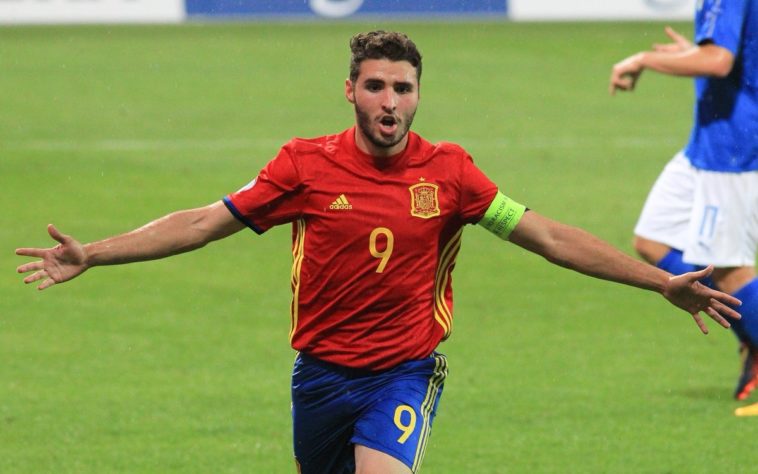 Ruiz has been playing in the under-17s World Cup for Spain, where he is regarded as one of his countries biggest stars of the future.

The striker, who has been playing for Barcelona B in the second tier of Spanish football, has a £3million buy-out on his contract which expires in 2019. The Catalan club are desperately trying to renegotiate his deal to increase his buyout clause to stop him leaving on the cheap.

However, according to reports, Arsenal and Chelsea have already made contact with the 17-year-old’s representatives, while Manchester City are also keeping tabs on him ahead of a potential move.

Manchester City of course have plenty of links to Barcelona, with former Barca boss Pep Guardiola in charge at the Etihad, with Txiki Bigiristain and Ferran Soriano also having swapped Barcelona for Manchester. The striker is not believed to be actively seeking an exit from the club, but has expressed fears that he may not get a first team chance at the Nou Camp.

Ruiz bagged a brace in Spain U17’s 4-0 win against Niger last week, on their way to qualifiying for the knock out stages of the competition which is taking place in India.