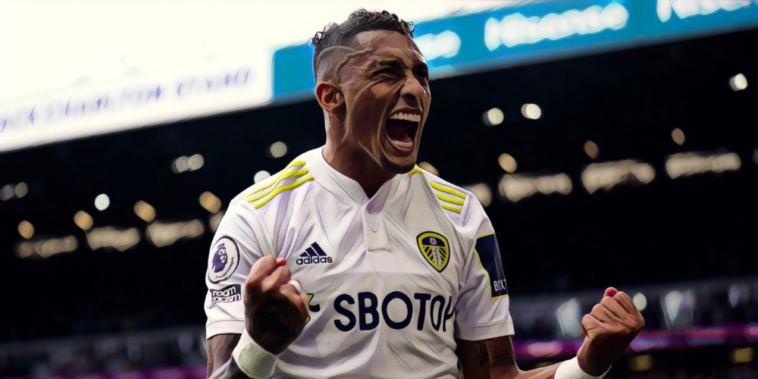 Barcelona have stepped up their pursuit of Raphinha as the Spanish side look to agree a deal for the Leeds winger.

The Brazil international has emerged as a ‘primary summer target’ for Barcelona and the club are keen to open negotiations with Leeds immediately, offering separate deals dependent on whether Leeds secure Premier League survival.

Raphinha is understood to have a release clause of around £25m in his contract should Leeds be relegated, with Jesse Marsch’s team just two points above the bottom three having played a game more than 18th-placed Everton.

The Telegraph are reporting that Barcelona remain interested even in the event Leeds stay up, following Raphinha’s performances since arriving into the Premier League from Rennes.

The 25-year-old has scored 10 goals and provided three assists in the Premier League this season and is viewed as a player who can contribute to Barcelona’s rebuild under Xavi.

Raphinha broke into the Brazil squad last year and has since scored three goals from seven caps, form which has placed him into contention for a prominent role as the World Cup looms in November.

Barcelona’s accelerated interest comes amid reported admirers from elsewhere in the Premier League with the likes of Chelsea, Liverpool and Manchester United having all been linked with a summer move.