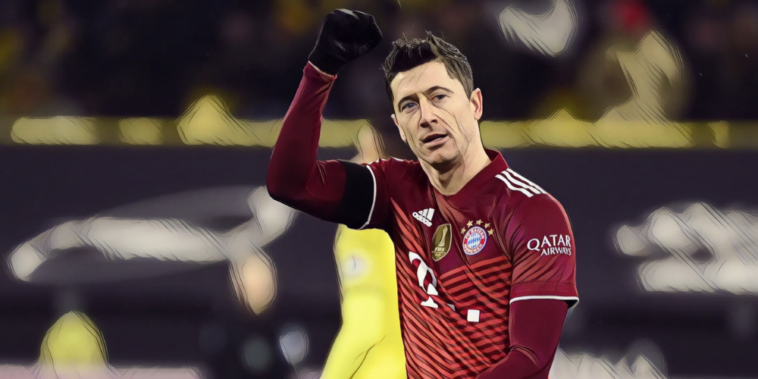 Barcelona are preparing to submit a ‘final offer’ of €50m (£42.3m) to sign Robert Lewandowski from Bayern Munich.

Lewandowski wants to leave Bayern Munich in search of a new challenge after seven successful seasons with the Bundesliga champions, who turned down an opening offer from Barcelona last month.

The 33-year-old has just one year remaining on his current contract at the Allianz Arena and Sky Sports are reporting that Bayern – despite a public stance that the forward is not for sale – could accept Barcelona’s improved bid as early as this week.

Julian Nagelsmann’s side have already added to their attacking options with the signing of Sadio Mane from Liverpool, while the sale of Lewandowski could help fund the club’s pursuit of Juventus defender Matthijs de Ligt.

Bayern’s sporting director, Hasan Salihamidzic, was in Italy on Monday to begin discussions over a deal for De Ligt, who is valued at €80m (£67.7m) plus bonuses.

Bayern have also confirmed deals for Ryan Gravenberch and Noussair Mazraoui from Ajax, though the departure of Lewandowski would be a damaging blow to their hopes of European and domestic success next season.

The Poland international scored 50 goals in all competitions last season, finishing as the Bundesliga’s leading scorer for a fifth consecutive campaign.