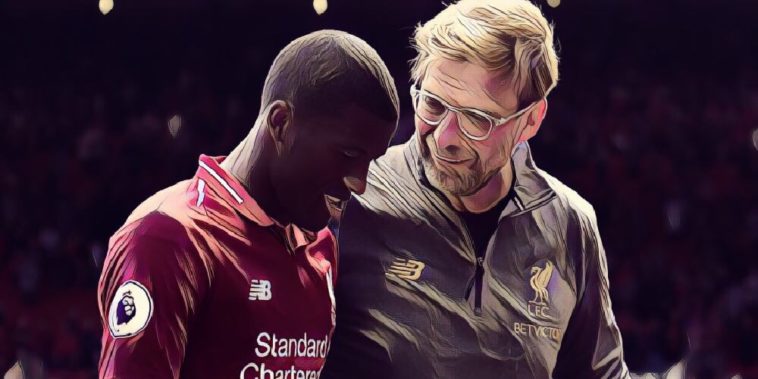 Georginio Wijnaldum ‘wants to stay at Liverpool’ following ‘positive talks’ with Jurgen Klopp regarding his future, the midfielder having been strongly linked with a summer switch to Barcelona.

The Netherlands international has been a key figure in the success of Klopp’s title-winning team but his future has been a subject of debate in recent months, Wijnaldum having entered the final year of his contract at Merseyside with talks yet to begin over an extension.

New Barcelona boss Ronald Koeman is believed to have expressed an interest in reuniting with his compatriot in Catalunya having worked with the 29-year-old at international level, though his hopes of bringing Wijnaldum to the Camp Nou have suffered a blow following positive discussions between the player and Liverpool.

According to Sky Sports, the player wants to remain at Anfield and there is now a desire from both parties to extend his stay, with Wijnaldum hopeful contract talks can begin following productive talks with Klopp this week.

Wijnaldum played more minutes than any other Liverpool midfielder in the Premier League last season, but there had been suggestions he could be allowed to leave to fund the club’s reported pursuit of Bayern Munich star Thiago Alcantara.

The Spain international has been strongly linked with a move to Merseyside throughout the summer after informing the European champions of his desire for a new challenge, though it remains to be seen whether the Reds pursue a move with Wijnaldum seemingly set to stay.

One player who could leave is young forward Rhian Brewster, Liverpool reportedly considering allowing the 20-year-old to leave on a permanent basis with the protection of a buy-back clause inserted into any deal.

The England U21 international starred during a loan spell at Swansea City last season and has been linked with a host of Premier League sides, including the likes of Sheffield United, Aston Villa and Newcastle.

Liverpool are also open to offers for last season’s loanees Marko Grujic and Harry Wilson, though will refuse to lower their valuations for either player with the pair believed to be priced at around £20m.