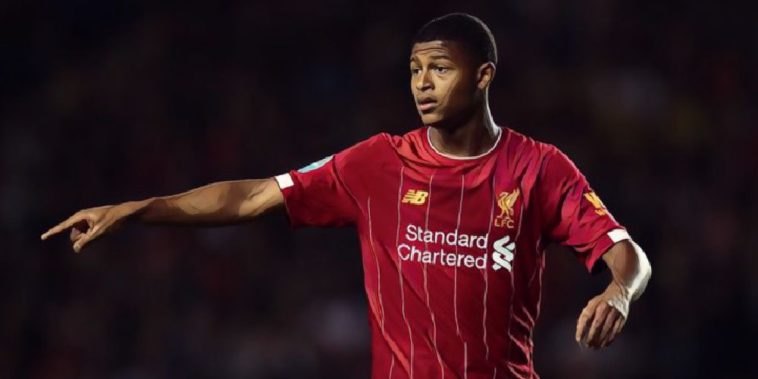 Brewster has long been considered as one of the clubs most talented prospects, the youngster shooting to prominence as he fired England to U17 World Cup glory in 2017, netting eight goals in the competition – including one in the final.

Since then, there have been expectations that the youngster would eventually go on to lead the line for the Merseyside club, though with Jurgen Klopp having forged one of the most feared attacking triumvirates in world football, opportunities at Liverpool have been hard to come by.

The 20-year-old has made just four senior appearances for the club, none of which have come in the league, though he did enjoy a highly successful loan spell with Championship side Swansea over the second half of last season, netting 10 goals in 20 appearances.

However, the same obstacles at his parent club remain, and with six Premier League clubs reportedly chasing his signature, Sky Sports are reporting that Liverpool could allow the striker to leave on a permanent deal.

They name Aston Villa, Brighton and Sheffield United as three of the interested parties, though Villa’s interest could be affected by the news that they have agreed a club-record deal worth up to £33m for Brentford striker Ollie Watkins. Newcastle have also been linked in the past, though they have since completed the £20 million signing of Callum Wilson from Bournemouth.

While Liverpool are willing to allow the youngster to leave, they have not given up on him having a future at the club, and would be keen to include a buyback clause in any deal that would see Brewster depart.

It is reported by the Guardian that Liverpool would be keen to recoup £20 million for England U21 international, whose last act in a Liverpool shirt was to see his Community Shield penalty shootout effort crash off the bar.

Despite their status as champions, the Merseyside club are looking to recoup funds from fringe player sales having been somewhat hamstrung in the transfer market given the economic downturn; already withdrawing from the race to sign Timo Werner, and so far being reluctant to meet Bayern Munich’s asking price for midfielder Thiago.