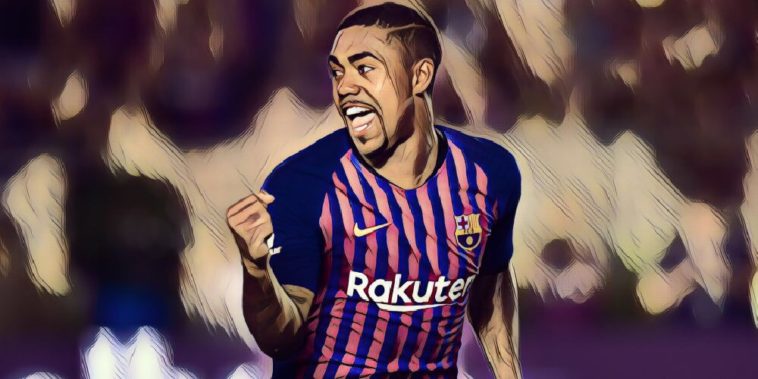 Guillem Balague has said that Spurs are not interested in signing Brazilian winger Malcom from Barcelona this month.

Malcom was one of the most talked about players of the summer transfer window, with the likes of Manchester United, Arsenal, Spurs and Roma all linked with signing the player who had enjoyed an impressive season with Bordeaux.

The Brazilian eventually opted to move to Barcelona in a deal worth €41 million, although his short time at the Camp Nou has not gone well, making just six appearances in La Liga as he has struggled to adapt to life at a top club.

With Barcelona looking to free up funds to conduct their own transfer business, including the signing of Adrien Rabiot from PSG, Malcom has been linked with a move away from the Catalan giants, with some reports suggesting that Spurs have rekindled their interest in the 21-year-old.

However, according to Spanish football expert Guillem Balague, that is not the case:

“We know that Spurs are putting the money somewhere else, they don’t have money to sign anybody now,” Balague told the GB Transfer Podcast.

“Malcom was of interest in the summer but now not.

“The stories come from the fact Barcelona need to sell players to finance [Adrien] Rabiot coming in, not so much for the transfer fee but because it will be about €10m to his mother, who is his agent.

“If they wanted to do it now, which is not going to happen because that would be money to PSG. Of course his contract runs out at the end of the season.

“It’s in terms of wages that they are going to have to try and convince Rabiot, that’s still money.”