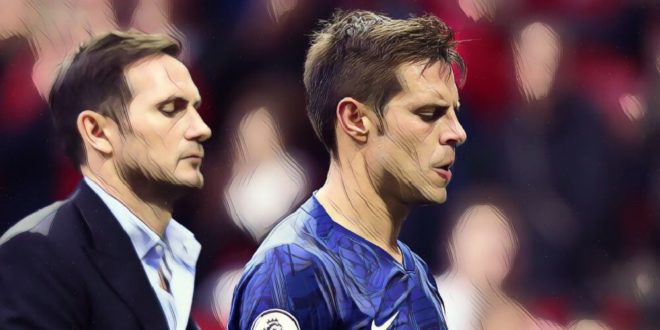 Mourinho singled out 20-year-old debutant Mason Mount and fellow youngster Tammy Abraham for criticism, and feels Chelsea manager Frank Lampard should have gone with experience ahead of a testing trip to Old Trafford.

Blues captain Cesar Azpilicueta has defended the duo following the defeat, and says the club ‘trust’ both players to deliver in the first-team this season.

“If they are here it is because they deserve to be,” said Azpilicueta. “They are fighting in every training session. We trust in them.

“All the boys, they train to play for the Chelsea first team since they were young and now we have a massive opportunity to create a fantastic group, to learn from every game.

“Obviously everyone would like to start in a better way but we have to face the reality and become stronger from it.”

Read: Lampard hits back at Mourinho over team selection criticism