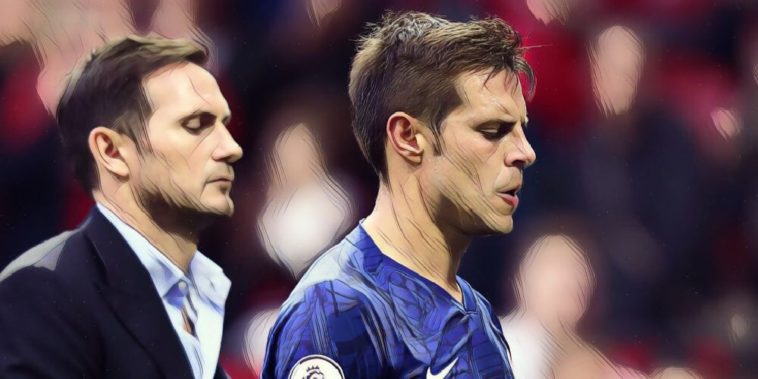 Cesar Azpilicueta admits Chelsea must improve as they prepare to face Liverpool in the UEFA Super Cup on Wednesday.

Chelsea began their Premier League season with a 4-0 thrashing at Manchester United on Sunday, with a Marcus Rashford double as well as goals from Anthony Martial and Daniel James condemning Frank Lampard’s side to a comprehensive, opening-day defeat.

Despite enjoying the better of the opening exchanges, Chelsea were ruthlessly dispatched in the second half and Azpilicueta admits his side were punished for not being ‘clinical’ in the first period.

“The first half was better than to be 1-0 down, but today we were not able to score or keep a clean sheet. They are the most important parts of the pitch,” the 29-year-old told Sky Sports.

“It went away from us in both boxes, we were not clinical enough, it is up to us to improve in that part of the pitch.

Caught out far too often in the second half. 😨 pic.twitter.com/i9djSXwTah

“We knew at 1-0 we could still be in the game but to concede the second and the third within 20 seconds of the restart was hard.

“We tried to push after that, we know they are dangerous on the counter-attack and gave them more space.”

Chelsea next travel to Istanbul to face Champions League winners Liverpool on Wednesday, the Premier League rivals vying to lift the first European trophy of the new campaign.

The Spaniard admits his side must forget their defeat to United and improve as they prepare to face Jurgen Klopp’s side in midweek, as the Blues look to secure the first trophy of Lampard’s reign as manager.

“We don’t have time to think a lot, we know the high levels we have to meet in the Premier League and we go straight to the Super Cup against a good team in Liverpool on Wednesday.

“We want to win a trophy and we need to give everything.”