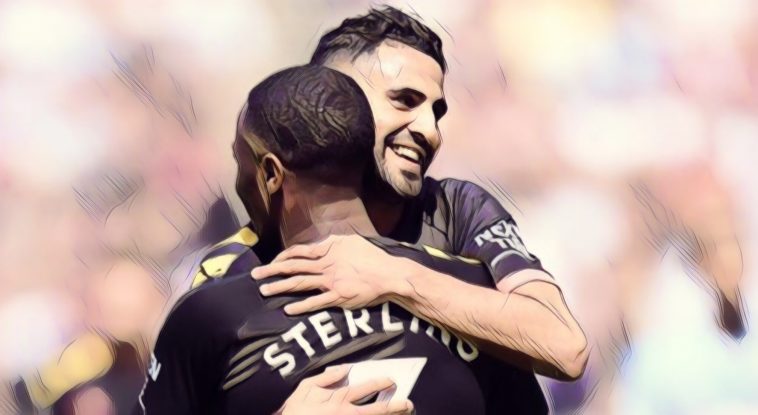 The Premier League made it’s long-awaited return this week, and with it so did Fantasy Football.

Manager’s of virtual teams across the globe got the first chance to see if their selections were justified, with several big-name stars delivering some much needed opening day points.

Happy with your choices? Or already desperately contemplating using one of your vital chips?

Here is our Fantasy Premier League Team of the Week…

The Manchester United goalkeeper looked back to his best in his side’s 4-0 thrashing of Chelsea on Sunday, the Spaniard rather more busy than the scoreline suggests.

De Gea made seven saves to add an extra two points to his total, adding to his clean sheet and earning himself two bonus points.

Aubameyang’s goal came after being found well in space by full-back Maitland-Niles, the youngster providing an assist to go with his clean sheet.

The 21-year-old’s performance was enough to earn him three bonus points, finishing ahead of teammates Sokratis and Bernd Leno in the rankings.

Brighton shocked Watford at Vicarage Road, life under Graham Potter beginning with a 3-0 away win on the Premier League’s opening weekend.

Central to their fortunes was defender Dunk, who earned three bonus points after keeping a clean sheet and providing the assist for debutant Neil Maupay’s goal.

The only defender in our side to get himself on to the score sheet this weekend, Bournemouth defender Mepham’s goal earned his side a 1-1 draw with newly-promoted Sheffield United.

Billy Sharp’s late equaliser cost Mepham a clean sheet, though he did do enough to secure an added two bonus points.

The Burnley full-back enjoyed an impressive debut after joining from Stoke City in the summer, helping his side to a comprehensive 3-0 win over Southampton at Turf Moor.

The highest points scorer of game week 1, the Manchester City star hit an opening day hat-trick as the champions thrashed West Ham at the London Stadium.

Sterling’s treble earned him three bonus points, whilst he also earned an additional point for a midfielder clean sheet. A booking reduced his tally by one, though he was still comfortably the week’s highest earner with 20 points.

Three assists for City’s Algerian winger, who was at his creative and fleet-footed best in a comprehensive win for Pep Guardiola’s side.

Mahrez earned himself two bonus points after his hat-trick of assists, whilst his tally of 14 points was further boosted by an additional one for a midfielder clean sheet.

The highest scoring player in each of the past two seasons, Liverpool’s Mohamed Salah’s season began with a 12-point haul against Norwich at Anfield.

Salah scored his first of the season to double Liverpool’s lead, before turning provider for Virgil van Dijk who headed home the Egyptian’s corner.

Three bonus points were a just reward following an impressive performance, with Barnes having now scored 10 goals in his past 16 appearances.

Kane’s late double saw Tottenham sneak past a resilient Aston Villa, the newly-promoted side having threatened to cause a shock in Saturday’s evening kick-off.

The England captain provided a reminder of his qualities after an injury-hit season last term, Kane adding an additional three bonus points to take his total to 13 after his match-winning display.

The third forward in our line-up and the third to hit a double, Rashford was on the scoresheet twice as United thrashed Chelsea at Old Trafford.

Manager’s will have noticed the 21-year-old stepped-up to score his side’s opener from the penalty spot, despite the presence of regular taker Paul Pogba on the field.

Rashford then added a second from Pogba’s perfectly weighted pass, earning a total of 13 points after securing the additional three bonus points.

This weeks FPL TOTW is brought to you in association with our friends at Carling, who’ve just launched a superb new inter lockable glass that allows you to carry four pints easily. Now if that’s not an innovation we can all get behind, we don’t know what is!

Want to join our writers in the Football Faithful’s Fantasy Football League? Use code – m7yqqi to join!