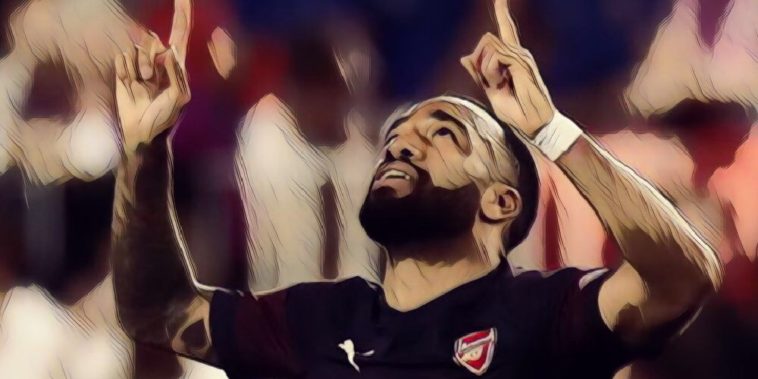 Arsenal became the third English team to make it through to a European Cup final this season, beating Valencia 4-2 in the Mestalla, securing a 7-3 aggregate victory.

Kevin Gameiro opened the scoring for the hosts after just 11 minutes, but Pierre-Emerick Aubameyang settled some nerves with a vital away goal just six minutes later.

Five minutes into the second half, Alexandre Lacazette put the Gunners 5-2 up on aggregate, before Gameiro gave the Spaniards hope of yet another dramatic European comeback. However, those hopes were quickly put to bed, as Aubameyang scored his second and third goals of the evening to secure a place in this month’s final in Baku.

Speaking after the game, Alexandre Lacazette thanked his ‘unbelievable’ hat-trick scoring strike partner for securing a place in that final.

“We reacted well to going behind and we knew we had to score a minimum of one goal tonight. Auba was unbelievable tonight with an incredible hat-trick, so thanks to him,” he told BT Sport.

“We have played badly in Premier League during the last month and now we have to use this opportunity. We want to play in the Champions League next season and we want the trophy.”

The Europa League final is likely to be Arsenal’s last chance of securing a place in next season’s Champions League, with it being virtually impossible to finish inside the top four going into the last round of fixtures.