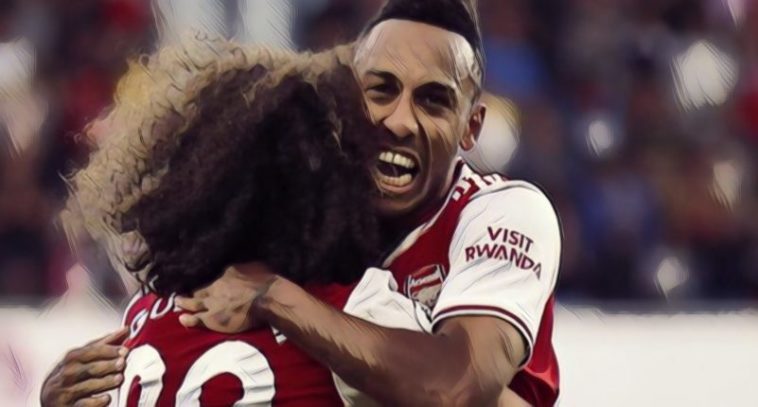 Arsenal striker Pierre-Emerick Aubameyang reckons his side deserved to win today’s North London Derby, after the Gunners and Spurs played out a pulsating encounter at the Emirates that ended 2-2.

Spurs took the lead in the 10th when Cristian Eriksen tapped home from close range, and Pochettinio’s men seemed to be in complete control when star striker Harry Kane smashed home from the penalty spot five minutes before the break.

However, Arsenal would get themselves back into the game on the stroke of half-time when Alexandre Lacazette finished superbly.

The Gunners would get back on level terms in the 71st minute when Pierre-Emerick Aubameyang flicked home after an excellent ball in behind from Matteo Guendouzi.

Both sides pushed for a winner in a hugely open and entertaining fixture, although neither side was able to produce enough quality to win the game.

Speaking after the game Arsenal’s Gabonese striker revealed he was happy with how his side performed and felt his team deserved all three points.

“I think in the first half we deserved to score two goals,” Aubameyang told Sky Sports.

”We did a great job. It was a tough game and I think we deserved more. When you go in the dressing room after scoring a goal it is always positive so it was crucial to score then.

“It was a great pass from Guendouzi [for the goal] – he looks at me and he knows I’m going to run. I like to play as a striker but when the team needs me on the wing I go and I try my best.”