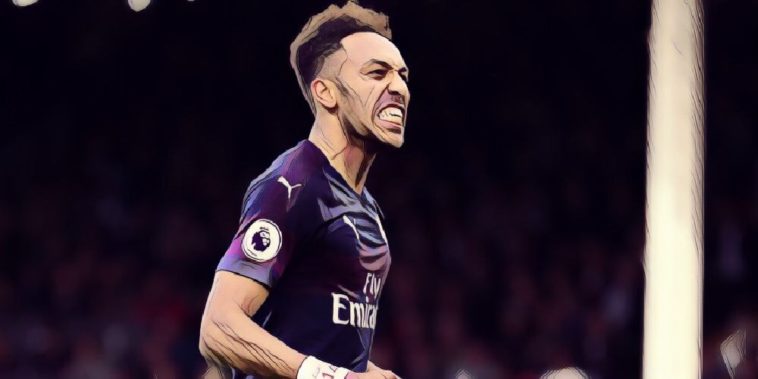 Arsenal’s Pierre-Emerick Aubameyang says his side are feeling ‘excited’ ahead of this weekend’s North London Derby.

Arsenal host fierce rivals Tottenham at The Emirates this Sunday, with the fixture taking on heightened significance with just three points separating the sides in the race for Champions League qualification.

Speaking ahead of the game, goal machine Aubameyang is excited to be involved in such a big game.

“Both teams are playing well in this moment so we feel it,” Aubameyang told Sky Sports.

“We feel the atmosphere and it’s great.

“We feel the excitement.

“It feels special because everybody’s talking about this game for a week and it’s always special to play a derby, it’s great.

“The rivalry is too much but we know that they are playing well.

“We know that it will be a tough game but we have to be focussed on what we are doing and we know that if we want to win we need to work a lot.

“As an Arsenal player we hope that only Arsenal will go to the Champions League, but we know it’s tough.

“We don’t know but I think it’s a great battle.”

A win for Arsenal will see them leapfrog Spurs in the table on goal difference, whilst Tottenham will be hoping to follow up on last weekend’s win over Chelsea as they bid to keep the pressure on league leaders Manchester City.