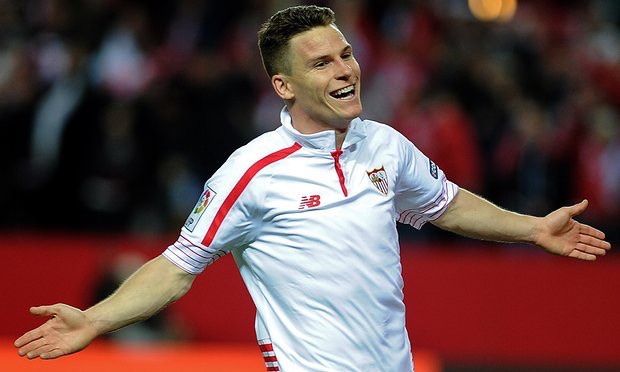 Atletico Madrid are set to end their interest in Chelsea striker Diego Costa after the London club insisted that their star striker was not for sale.

The Champions League finalists had been hoping to re-sign their former striker this summer, following what was a disappointing season for the 29-year old, culminating in being left out of the Spain squad for Euro 2016.

However, following two warnings by the Blues about the conduct of Atletico Madrid, the La Liga club seem to be finally set to drop the matter, and have refocussed their attentions to Sevilla star Kevin Gameiro.

The 29-year old has scored 67 goals in 140 games for Sevilla, including a stunning 29 goals last season as Sevilla won their third consecutive Europa League title.

Atleti have offered Sevilla the chance to take Luciano Vietto on loan, despite the attacker being in talks with Barcelona regarding a transfer to the Nou Camp.

Should the team from the Spanish capital be successful in their pursuit of Gameiro, they will officially end their interest in Diego Costa.