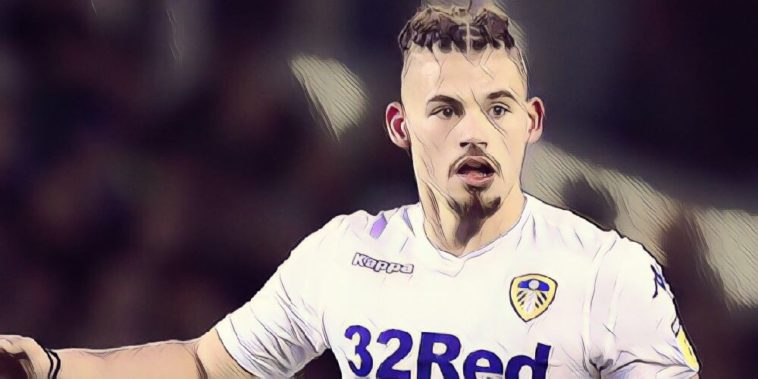 Aston Villa are interested in a £14m deal for Leeds midfielder Kalvin Phillips.

Villa boss Dean Smith is preparing his squad for their return to the Premier League next season, with a defensive midfielder high on his list of priorities following the exits Glenn Whelan and Miles Jedinak.

Leeds midfielder Phillips has emerged as one of the Championship’s brightest prospects after a superb campaign for Marcelo Bielsa’s side, though could opt to leave Elland Road following the Yorkshire side’s failure to secure promotion.

According to the Telegraph, Villa are eyeing a £14m move for Phillips, who has made over 100 appearances for Leeds since coming through the club’s impressive academy system.

Bournemouth have also been linked with a move for the midfielder, with Leeds likely to demand up to £20m for the 23-year-old.

Aston Villa have already secured the free signing of Jota from Midlands rivals Birmingham this summer, whilst Kortney Hause and Anwar El Ghazi have joined on permanent deals after their respective loan spells.

Smith is believed to want to add several new additions as he looks to add depth to his squad, with a forward and goalkeeper amongst his priorities.

England international goalkeeper Jack Butland has emerged as a target, whilst Villa are also believed to be monitoring several attacking options as they bid to replace 26-goal top scorer Tammy Abraham who has returned to Chelsea following his loan spell at Villa Park.