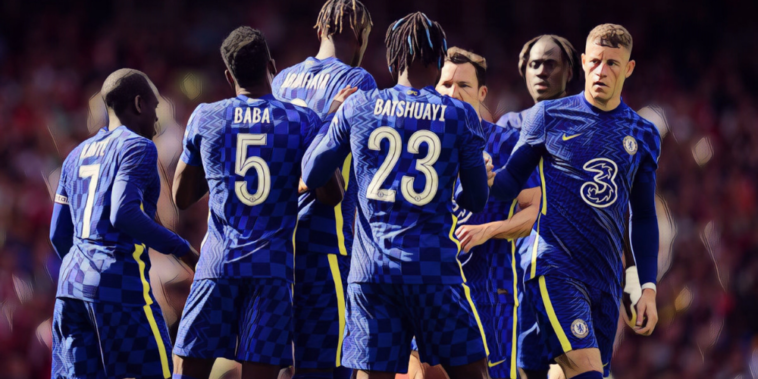 The transfer rumour mill continues to hit overdrive as we head towards the final stages of the window, Premier League sides continuing to work on incomings ahead of the new season.

It’s been a relatively quiet transfer window with clubs feeling the financial impact of the ongoing pandemic, though business is expected to accelerate in the coming weeks as Premier League clubs finalise their options ahead of the 2021/22 campaign.

We’ve decided to assess the state of play at the Premier League’s leading clubs, here is what we feel Chelsea need before the closure of the transfer window on August 31.

Not a great deal, in all honesty.

Following the lavish spending of last season’s transfer window, Chelsea have found the current window a frustrating one and are yet to make a significant addition of note.

Chelsea have held negotiations with Sevilla over a deal for defender Jules Kounde, though have failed to make progress in pursuits of an elite centre-forward despite links to names such as Erling Haaland and Romelu Lukaku.

Marcus Bettinelli has arrived on a free transfer from Fulham to provide goalkeeping cover, whilst Billy Gilmour has been allowed to leave on loan for Norwich as the midfielder seeks regular first-team football to continue his development.

Olivier Giroud has signed for AC Milan in search of increased minutes, whilst the European champions have also raised significant funds through the sales of academy graduates Fikayo Tomori (£25m) and Marc Guehi (£18m) to AC Milan and Crystal Palace respectively.

The signing of Kounde from Sevilla looks the most likely incoming for Chelsea before the end of the window, though the arrival of the France international may be dependent on the Blues offloading one of their current centre-back options.

Reports have suggested that Chelsea have offered Sevilla players – including Kurt Zouma and Kenedy – in part-exchange for the 22-year-old, but the Spanish side seem set to hold out for a figure close to the defender’s €80m (£68m) release clause.

The signing of a leading centre-forward before the end of the window could prove the difference between Chelsea challenging for the Premier League title or falling short, their current options consisting of Timo Werner, Tammy Abraham, Michy Batshuayi and youngster Armando Broja.

Werner struggled on occasion during his debut season at Stamford Bridge, whilst both Abraham and Batshuayi are expected to leave in search of regular first-team football, the former having been largely ostracised since the appointment of Thomas Tuchel as head coach.

Chelsea have submitted an offer of £85m plus Marcos Alonso in a bid to re-sign former forward Romelu Lukaku, though the bid has been turned down by Inter Milan.

The Italian champions are reluctant to lose the Belgium international – who has scored 64 goals in just 95 appearances for the Nerazzurri – but could accept a huge offer given their concerning financial situation.

Tammy Abraham appears the most high-profile potential exit and has been linked with Arsenal and West Ham, having featured for just 140 minutes in the Premier League following Tuchel’s appointment as head coach in January.

The west London side’s asking price of £40m has put off potential suitors at present, though that figure is expected to be lowered as we approach the final weeks of the window.

West Ham have also expressed an interest in signing Kurt Zouma, but remain undecided on whether to meet the £25m asking price placed on the Frenchman.

Elsewhere, Chelsea’s ‘loan army’ has regularly been mentioned in recent years and this summer has seen the return of several players from temporary stints away from Stamford Bridge.

Ross Barkley heads a selection of unwanted assets after returning from an indifferent spell at Aston Villa, whilst the likes of Danny Drinkwater, Tiemoue Bakayoko, Matt Miazga and Abdul Baba Rahman make up a list of players you’d be entirely forgiven for forgetting were still on Chelsea’s books.

Throw in Batshuayi, Kenedy, Davide Zappacosta and Lewis Baker amongst others and you have a vast collection of players whose futures will need to be resolved before the window slams shut.

It’s likely there will be significantly more outgoings than incomings in the next few weeks.

The signing of an elite centre-forward could transform Chelsea’s fortunes ahead of the new season, their attacking options at present looking unconvincing in comparison to potential title rivals.

Every major club in European football has tracked the progress of Borussia Dortmund star Erling Haaland, though the Bundesliga side have continued to insist that the Norway international is not for sale during the current window.

Haaland’s €75m release clause will become active in 2022 and will spark a mass bidding war amongst the continent’s superpowers, but Romelu Lukuku shapes as a fine alternative should Chelsea choose to make a statement signing this summer.

Lukaku has enjoyed the best period of his career since signing for Inter Milan from Manchester United, eclipsing Ronaldo Nazario as the fastest player in the club’s history to reach 50 goals in all competitions, before being named as Serie A’s Most Valuable Player following the Nerazzurri’s title success last term.

In normal circumstances he would be deemed untouchable at the San Siro, but Inter’s need to reduce their wage bill amid the financial impact of the global pandemic could tempt a sale if an extraordinary bid – in excess of €100m – is received.

Lukaku signed for Chelsea from Anderlecht as a teenager but made just 15 goalless appearances before being allowed to leave, and the prospect of a return to Stamford Bridge could appeal should Inter decide to cash in.

Having largely been under-appreciated despite a prolific Premier League record, the opportunity to spearhead a talented Chelsea side could be the perfect project for one of Europe’s most reliable goalscorers.