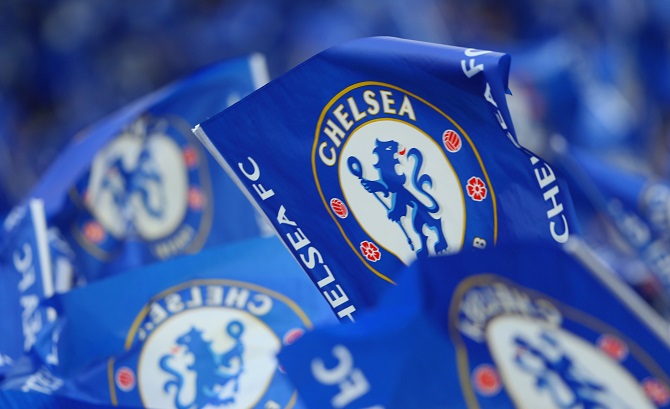 The transfer window is over, and Chelsea made some last-minute signings that turned their summer from terrible to somewhat feasible.

The new signings have changed the look of the squad that won the Premier League last season. Let’s look at how each player will fit with their new club.

The Argentine was Manchester City’s goalkeeper for cup competitions, backing up the likes of Joe Hart and Claudio Bravo. Caballero signed with Chelsea after his contract with his former club expired.

Thibaut Courtois has solidified his spot as the starting goalkeeper for the Blues, and it’s unlikely Caballero will unseat last season’s Premier League Golden Glove winner for the most clean sheets. Only time will tell if he’ll play as the cup keeper when Chelsea face Nottingham Forest on September 20 in the third round of the Carabao Cup.

The acquisition of Caballero was important for having a trusted veteran presence between the posts for when Courtois cannot play. Chelsea’s past backup goalkeepers have been Asmir Begovic, Petr Cech (for one season after Courtois took over), and Mark Schwarzer. In emergency situations, I trusted the likes of Schwarzer over Ross Turnbull and Hilario, and I’d trust Caballero over Eduardo.

John Terry has left the building, and Kurt Zouma has temporarily left, and replacements were needed to fill the squad. However, Chelsea didn’t pick random names out of a hat. They brought back Andreas Christensen after a two-year loan spell at Borussia Mönchengladbach, and signed Rüdiger from A.S. Roma for £29m.

Rüdiger represents the future as David Luiz and Gary Cahill, while still more than serviceable, are creeping into their thirties. The 24-year-old has already started for his new club during Cahill’s red-card suspension. He won’t lose many physical battles standing at six feet and three inches, and is willing to put in a tough tackle.

After winning the Confederations Cup with Germany this past summer, Rüdiger hopes to contribute to the Premier League champions as they look to defend their title.

With only the Premier League to focus on last year, Chelsea fielded a team with only midfielders N’Golo Kanté, Nemanja Matic, and Cesc Fàbregas starting–and you could argue that Fàbregas was more of a super sub. Going into a full fixture list of domestic and European football, the club knew they needed more bodies in the midfield for the grueling schedule.

For some reason, Matic was allowed to leave for Manchester United, creating an even bigger need for depth in the middle of the pitch. The solution was acquiring Bakayoko from AS Monaco.

Matic and Bakayoko are similar players. Both are physical defensive midfielders. While Matic was a star at shielding the defence, Bakayoko will offer more going forward. His athleticism will allow him to recover when mistakes are made by the young prospect, letting him move higher up the pitch. Matic was always awkward dribbling, and while Chelsea loses his defensive stability, they gain a talent with the potential to be Matic and more.

A new striker was necessary after the fallout between Antonio Conte and Diego Costa. £58m later, Morata was signed to lead the line and be the new number nine.

It’s important to note that Costa and Morata have different playing styles. The former was a bulldozer paving his own path towards goal. The latter is a team-oriented player.

It’s good for goal-scorers to be selfish, but chances often get wasted when these players aren’t in form. If Morata isn’t able to convert goals, he’ll do a better job in making sure others like Eden Hazard and Pedro will be scoring. The new striker will a new play style to the starting XI, while retaining the physical qualities and pace of those who came before him.

Apparently, the club didn’t cover the name Diego with Zappa. Upon first glance, this seems like a typical Chelsea panic buy at the last minute of the transfer window. During these two months, the West London club were never rumoured to have been dealing with the former Torino full back. It caught me by surprise as this wasn’t the Alex Sandro that I was hoping for.

After reading more about the new player, the more I understood of his fit with the club. Conte was the first manager to call Zappacosta up to the Italian National Team during Euro 2016, but stayed in the reserves and didn’t play. The most important stat, however, is that the only defender that has made more accurate crosses from open play in Serie A was Alex Sandro.

I don’t think Zappacosta will start over Victor Moses, but this is a player familiar with Conte, and depth at wingback was the most important need during the transfer window. He’s no superstar, and he’s still unknown to me, but Chelsea fans will get to know him.

Chelsea has reunited the midfielder partnership that won the 2015-16 Premier League with Leicester City. Drinkwater is not only another body in the midfield, but a midfielder that brings a different skill set to the table.

That skill set just happens to be a little bit of everything. Drinkwater is a jack of all trades, but master of none. He can put in a shift for defence, and is not afraid to attempt that incisive pass to the forwards. He probably won’t defend like Kanté or pass like Fàbregas, but he’ll be somewhere in between.

Drinkwater will fit into the midfield, working hard and playing any role he’s asked to do. Conte will appreciate that, and we’ll be seeing a lot of his name as we roll into seven games in the month of September.