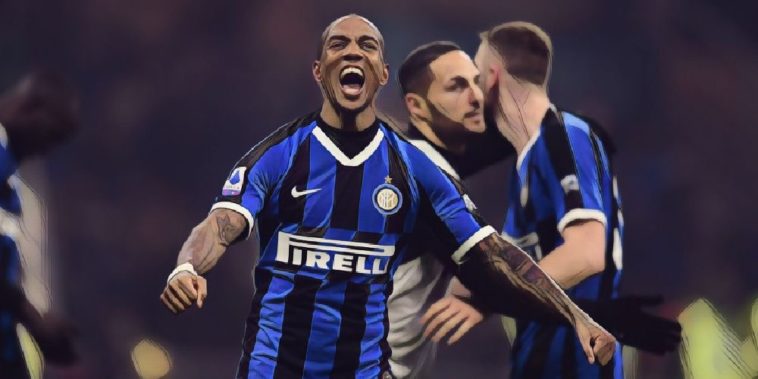 Ashley Young admits he is ‘loving’ the challenge at Inter Milan following his move to the Italian side from Manchester United last month.

Young brought an end to his eight-and-a-half-year spell with Manchester United during the January transfer window, taking up a new challenge with Antonio Conte’s Serie A title challengers at the San Siro.

The 34-year-old has made an impressive start to his career in Italian football, with Inter having moved back to the top of the division on goal difference last weekend, and Young admits he is relishing his new surroundings as he looks to secure silverware with the Nerazzurri this season.

“And, like I said, yesterday was an unbelievable feeling and I’m delighted we got the three points.”

Inter Milan moved top of Serie A on goal difference following a comeback victory in the Milan derby on Sunday, Romelu Lukaku amongst the scorers as the club fought back from two goals down at the interval to secure a 4-2 victory against their city rivals.

Just one point now separates the top three in a tense title race in Italy’s top flight, and Young admits his side’s comeback victory was an ‘incredible feeling’ as Inter moved ahead of defending champions Juventus.

“I think it was an incredible feeling,” Young said. “You could see the way we celebrated after the game showed the character and strength we’ve got.

“To go 2-0 down in a derby like that then come back and win, that shows our character. It was an unbelievable experience.”

The fixture was Young’s first experience of a Milan derby, and the veteran admits the occasion and atmosphere compare to any of the fierce rivalries he took part in during his time in the Premier League and English football.

“It definitely is [up there],” Young explained. “I came here to play football and win games, and when you come and win in the Milan derby in the way we did, it’s just an incredible feeling.

“I don’t think it gets any better than that.”