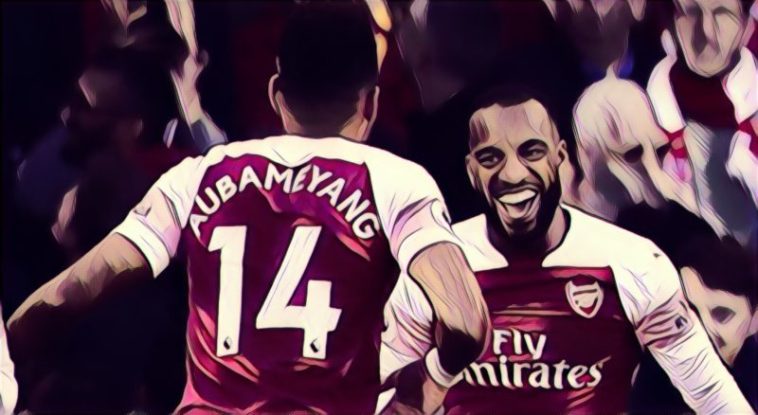 Star forward Aubameyang has faced an uncertain future at the Emirates in recent months, the Gabon international having entered the final year of his current contract and opening up the prospect of walking away from the club on a free transfer next.

The 31-year-old has been a sensation since his arrival in North London in 2018, scoring 54 Premier League goals and taking on the Arsenal captaincy as his importance to the club continues to grow.

With the former Borussia Dortmund man now such an integral figure at the club, the need to tie him down to an extended deal has only intensified, although with rumours of a three-year-deal potentially on the horizon, Arteta seemed exceedingly calm regarding his future.

“I can say that I am even more confident than I was at the end of last season when you asked me the same question 10 times!” Arteta said at his pre-match press conference.

“I am very optimistic. I think [those fans who are worried] can be pretty relaxed!”

While one striker appears set to stay, another is potentially heading for the exit door, with France international Lacazette repeatedly rumoured with a move away from the club – with La Liga side Atletico Madrid reportedly interested.

The 29-year-old has seen his game time limited with following the introduction of young forward Eddie Nketiah, and with the club in dire need to sell players to fund their summer recruitment, he could well be allowed to leave this summer.

However, despite the uncertainty surrounding the former Lyon man’s future, his manager was full of praise for his number nine: ”He is really happy here, he wants to keep improving and contributing to the team.

”I know how good he is, the impact he is having. He knows about the competition he has with the front players, and again he needs to demand of himself to be the best striker at this football club, the same as the rest.

”He was very happy to hear that and the way he has been training and conducting himself has been excellent.”

Arsenal get their Premier League campaign underway on Saturday, the Gunners making the short journey to west London to face newly-promoted Fulham at Craven Cottage.