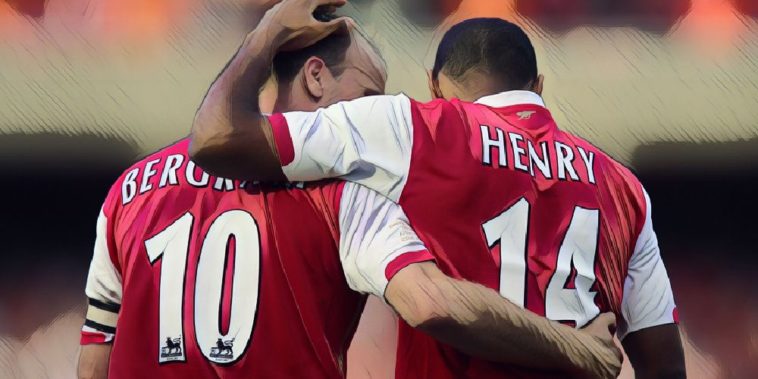 Dennis Bergkamp has opened up on his strike partnerships at Arsenal and has named Thierry Henry as ‘the best’ finisher he played alongside during his career.

Bergkamp spent over a decade with the north London side and established himself as one of the club’s greatest ever players, winning two domestic doubles under Arsene Wenger and forming part of the famed Arsenal side which completed a historic unbeaten campaign.

The Dutchman’s time with the Gunners saw him form strong partnerships with a host of star strikers, including the likes of Ian Wright and Nicolas Anelka, but Bergkamp admits he rates Henry – who became the club’s all-time record goalscorer with 228 goals – as the very best he played alongside.

“I always said it’s a team game and in those teams you need certain players who can make the difference,” Bergkamp told Arsenal’s In Lockdown podcast. “You had those players at the back, who don’t want the team to concede goals and you have those players up-front.

“It was so easy to have a connection with him because on every level he can be the best. He was the best at a certain time so he was easy to play with.”