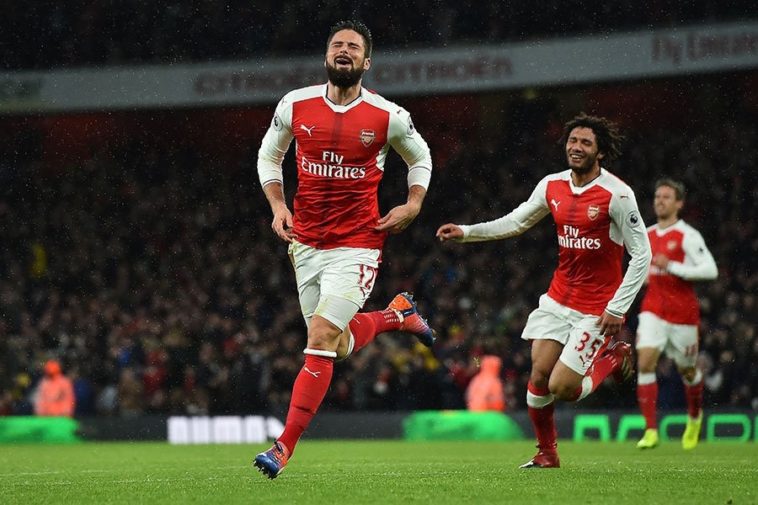 Whilst the season for Arsenal has not been the best, this week Arsenal striker Olivier Giroud won the FIFA Puskas Award for goal of the year with his stunning ‘scorpion-kick’ finish scored against Crystal Palace back in January.

The other goals in contention were from Venezuela’s Deyna Castellanos and South African goalkeeper Oscarine Masuluke.

Oliver Giroud was announced the winner at a ceremony at London Palladium in front of hundreds of football professionals. The 31-year-old striker stated:

“Thank you very much. It’s an honour for me and I’m delighted to receive this trophy in front of legends of football.

“I would like to thank thank the people who have voted for me, and congratulate the other nominees who scored amazing goals too. And I would like to thank my teammates, without them I couldn’t score this goal and my family, and my children who are watching on tv right now. I would also like to dedicate this trophy to my Dad.”

Giroud has scored just four goals for club and the France national team this season but shared his joy on Twitter, @_OlivierGiroud_ by simply posting the video to his twitter feed.

Arsenal football club were also quick to congratulate the Frenchman by posting the following to their feed:

“Congratulations Oli, we’re all proud of you #TheBest @Arsenal”

Arsenal’s next Premier League game is against Swansea City on Saturday afternoon and will be hoping to continue the form from weekend with the 4-1 over Everton.

This article was created by Adam Beaumont, a blogger from SafeFootballTickets.com which aims to give clear advice on where to purchase Arsenal tickets.