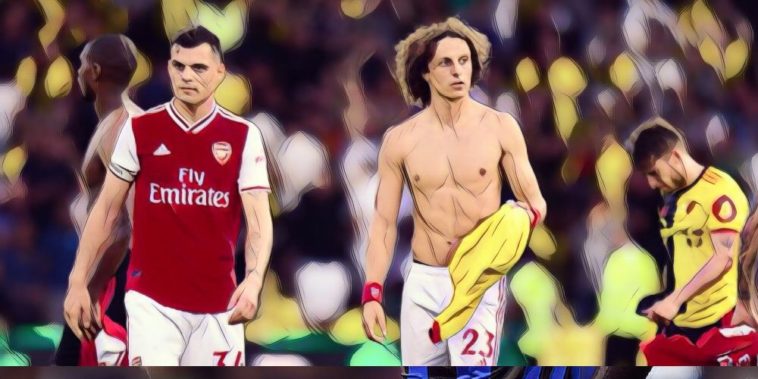 Former Arsenal defender Martin Keown has slammed the club’s latest showing, admitting the club’s ‘collective brain deserted them’ during their second half collapse at Watford on Sunday.

Unai Emery’s side surrendered a two-goal half-time lead to draw 2-2 at Vicarage Road this weekend, Arsenal capitulating during the second half to make it three games without a win in the Premier League.

Keown, who won three league titles with the club, has blasted his former side’s latest display and admits boss Emery will be worried following the performance.

‘As a team, Arsenal’s collective brain deserted them in the second half,’ Keown writes for the BBC.

‘As individuals I was looking at them in horror, thinking how are they conceding so much space, and wondering exactly who was picking up who in the box.

‘There seemed to be a fear that gripped their players, something their experienced Swiss midfielder Granit Xhaka admitted afterwards.

‘We could all see it too, and it is really worrying for Emery. I think the second half was probably the hardest 45 minutes he has had since he took the Arsenal job in the summer of 2018.

‘Emery now knows he has got to restore confidence in the hearts and minds of his players, and also put together a plan.

‘He has got to work through what Arsenal are doing wrong, and also work out whether they are good enough to play the way he wants them to play – because it is like watching schoolboys sometimes when they try to bring the ball out from the back.’