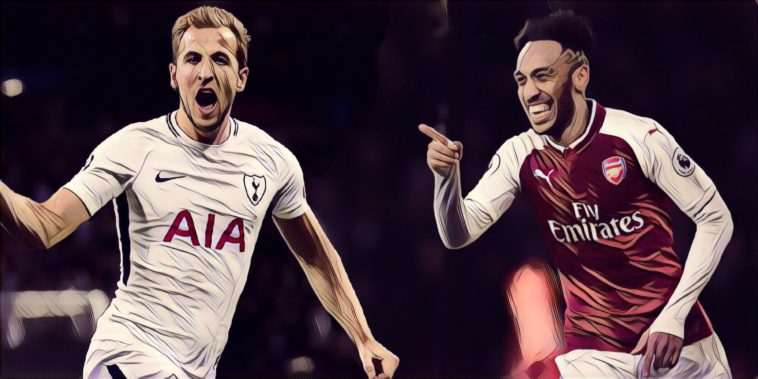 Ahead of the North London Derby next weekend, we take a look at how the squads shape up against each other with this combined team.Goalkeeper

While Petr Cech has had a long and illustrious career, winning trophies with Arsenal and Chelsea (and establishing himself as one of the best ‘keepers in the country in the process), on the basis of the last few seasons I have to go with Hugo Lloris. The Spurs- and France- captain has gone from strength to strength since his move from Lyon in 2012, while Cech has undeniably and perhaps inevitably declined.

At right back, it’s a difficult choice. While neither Hector Bellerin or Serge Aurier are up there with the best in the world, both are equally as capable. Both have fairly similar stats for the season, but for me, I’d side with the Arsenal man.

With almost a dozen central defenders competing for only two spots, competition is tight. However, that doesn’t stop Toby Alderweireld from walking into the side. With over 250 career appearances under his belt, the big Belgian is arguably the best in the league at his trade. The second slot goes to his Spurs partner Jan Vertonghen, an underrated defender who hasn’t missed a minute in the league so far this season and narrowly beats out the impressive Davinson Sánchez.

On the left, Ben Davies and Danny Rose have shared the position pretty evenly this year for Pochettino’s side, but I can’t leave out Nacho Monreal, who’s been in pretty phenomenal form in recent weeks. It would however be a very close call with Sead Kolasinac who has also had a very good debut campaign in the Premier League.

Now this is a tough one. I would argue that there’s six players deserving of a place here, but only two can prevail. Mousa Dembélé is the first to make the side. The Belgian is one of the most complete midfielders in the Premier League and still goes unnoticed by many. If I’m being honest, he doesn’t face particularly stiff competition from counterpart Granit Xhaka, who I haven’t taken to at all since his move to Arsenal last season.

The second is Arsenal’s Jack Wilshere, who has been in phenomenal form since his return to the first team in recent weeks. Aaron Ramsey would be a close alternative though.

While he may not always have been able to make this combined XI, the performances of Mesut Ozil this season have been absolutely sublime. The German is back to his creative best, and I’d play him on the right.

Opposite him is a player I must confess to being infatuated by: Christian Eriksen, the closest thing in the league to Kevin De Bruyne who isn’t Kevin De Bruyne, a man who can turn entire games by himself.

The final spot behind the striker is a tough one, and there are three players fighting for it. Spurs duo Dele Alli and Heung Min Son, as well as Arsenal new man Henrikh Mkhitaryan. Despite bagging three assists against Everton, one swallow doesn’t make a summer, and therefore its hard to include him in the side.

While I’m a big of Heung-Min Son, I’m also a fan of Dele Alli, and while Alli hasn’t been in the best form this season, he has still been involved in as many goals (5 scored, 7 assists) as the South Korean (8 goals, 4 assists) in the Premier League this season.

Of course, these playmakers are nothing without a good striker to create for, and we have a great one. Harry Kane has well and truly arrived at the top level now, consistently delivering in top-class fashion for a fourth consecutive season and terrorising defences from Newcastle to Bournemouth. Lacazette is a top striker, as is Pierre-Emerick Aubameyang, but nobody can get near to the Englishman who has won the golden boot for the last two seasons, and is once again the league’s top scorer this time out.

CHECK OUT FIVE OF THE BEST NORTH LONDON DERBIES

Agree with my selection? Feel free to comment and tell us who would make your Arsenal-Tottenham combined XI.