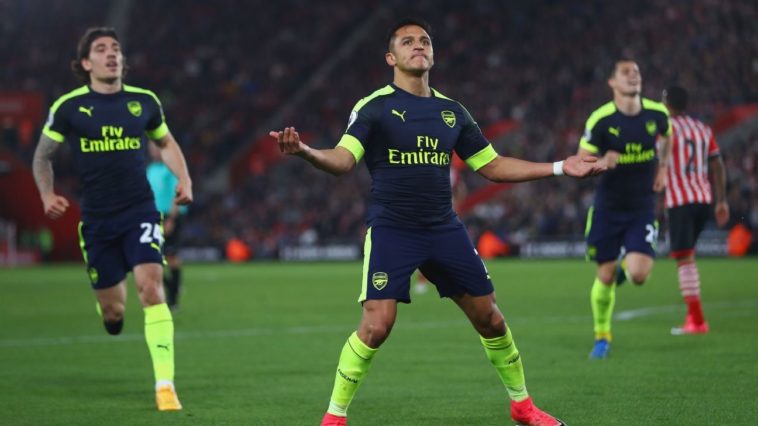 Arsenal are ready to propose a sensational swap deal that will see Alexis Sanchez finally leave the club in January.

Manchester City submitted a £60m deadline day bid for the Chilean, but despite the prospect of losing the forward for nothing next summer, Arsene Wenger refused to sell his star player.

Pep Guardiola isn’t the only manager looking to sign Sanchez, having worked with him at Barcelona. Manchester United and Paris Saint Germain are also believed to be interested, with rumours that the big spending French club are prepared to give him a £10m signing on fee in advance of a potential transfer.

However, according to the Daily Star, Arsene Wenger is plotting a potential swap deal that would be beneficial to all parties.

They claim that Wenger is prepared to let Sanchez move to PSG as part of a swap deal for German playmaker Julian Draxler with the 24-year-old having being a long term target for Arsenal. He only moved to the French capital back in January, but the signing of Neymar and Kylian Mbappe, as well as having the likes of Lucas Moura, Angel di Maria and Edinson Cavani among the club’s attacking options, mean that Draxler’s involvement could become more restricted.

Sanchez has looked like an isolated figure at the Emirates this season since his return earlier this summer, and is all but certain to leave the club after refusing to sign a new deal.

Arsenal’s involvement in the Europa League also provides a good possibility for clubs to sign Sanchez in January as he would not be cup tied for the latter stages of a possible Champions League campaign with a new club.