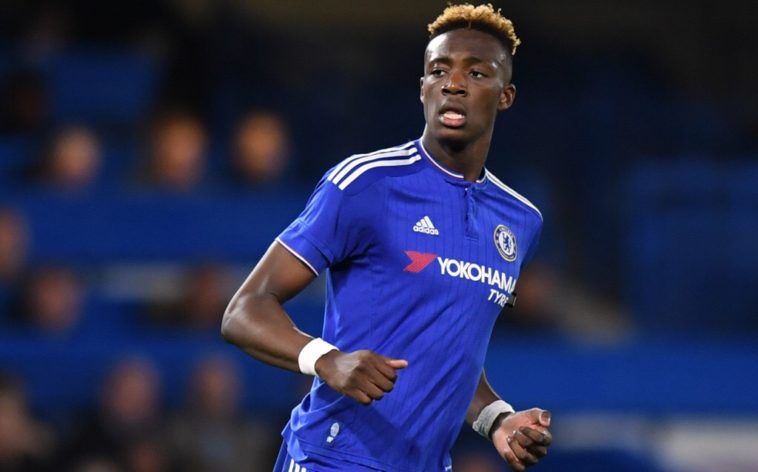 Arsenal are plotting a shock move for Chelsea striker Tammy Abraham this summer according to reports today.

According to The Sun, Arsene Wenger wants to sign the 19-year old striker who has had a fantastic season in the Championship at struggling Bristol City.

Despite hovering around the relegation zone until the last weeks of the season, Abraham managed to score 23 goals in the second tier of English football.

He is now targeting a breakthrough in the Premier League with Antonio Conte’s side.

However, it is believed he is ready to quit Stamford Bridge if he is unable to force his way into the Champions’ first team.

This news has alerted Arsene Wenger who is looking to bolster his attacking options, especially with Alexis Sanchez and Olivier Giroud both being linked with moves away from the club this summer.

Despite the rivalry between the two clubs, Wenger believes he can lure the 19-year old from West to North London. This rivalry will be fired up once again as the two clubs meet in just over a week in the FA Cup final.