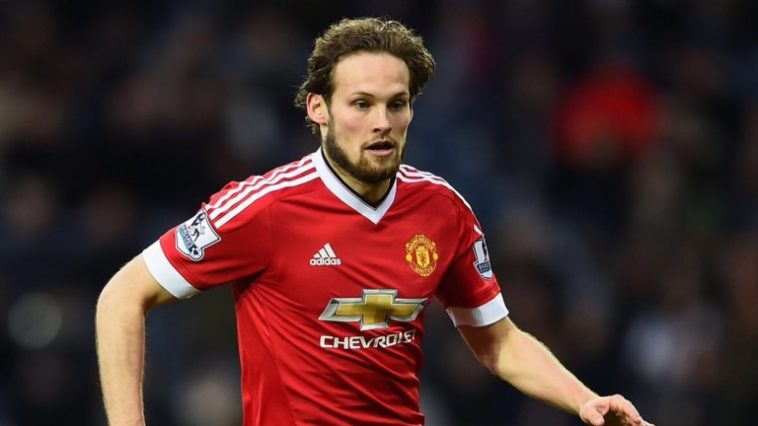 Arsenal manager Arsene Wenger is hoping to repeat his 2014 Old Trafford raid by signing another player deemed as out of favour by Manchester United’s new boss.

Arsenal secured a deal for Manchester United Academy graduate Danny Welbeck after Louis van Gaal deemed him surplus to requirements. Daley Blind was one of the players brought in by former Manchester United boss in 2014 after they worked together during the Netherlands World Cup campaign.

Despite being brought in as a midfielder and back up left-back, Blind was eventually moved into to heart of Manchester United’s defence as a partner for Chris Smalling. Despite his lack of size, strength and pace, he exceeded all expectations as United finished the season with the joint best defensive record and their first FA Cup triumph in twelve years.

However, with Jose Mourinho’s arrival at the club, Blind could be pushed out the team as Mourinho doesn’t believe he fits the requirements to be a permanent centre back.

Blind himself admitted he is looking forward to working with Mourinho:

I am looking forward to working with Mourinho. We will have to wait and see whether anything changes for me.

I will just give my all and work hard. Mourinho is a manager who has achieved a lot and I am keen to work with him.
I might not be as big as Pepe, but I think I have shown in the Premier League that I can hold my own defensively. We conceded the fewest goals in the Premier League and I think we got the most clean sheets.
That’s something to be proud of. I played nearly every game and that is a good feeling.
You might be looking for a certain statement, but I will just give my all under Mourinho.

The Portuguese, who recently signed £30million centre back Eric Bailly, will of course assess all of his players during preseason, before making any judgements, but should he decide that he doesn’t have a place in his plans for the 26-year old, then Arsenal are ready to make a move for the versatile Dutchman.