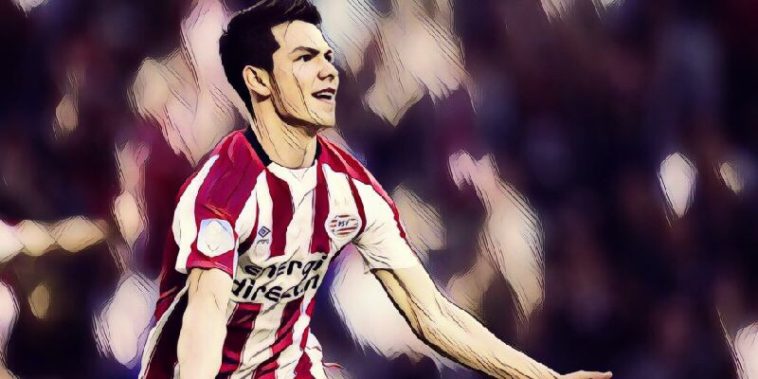 Arsenal are eyeing up a move for PSV Eindhoven winger Hirving Lozano as a potential replacement for Alexis Sanchez.

Sanchez has just over six months remaining on his deal at the Emirates and was heavily linked with a move to Manchester City since the summer transfer window. The Chilean is determined to leave the club, potentially as early as next month, but most likely next summer on a free transfer.

According to Mexican journalist Cesar Luis Merlo, Arsenal have identified PSV winger Hirving Lozano as potential replacement. Lozano only moved to the Eredivisie club in the summer after he won the Golden Boot as the competitions top scorer in the CONCACAF Champions League. He has started life in the Netherlands with a bang though, has been involved in 13 goals (10 goals and three assists) in his first 12 appearances for the club.

It is claimed that Arsenal will make a £42.5m bid for the winger services, who has previously attracted the attentions of Manchester United in the past. It is also claimed that Everton are also interested in signing Lozano, and are also willing to match the Gunners’ offer, which would see PSV double what they paid for him six months ago.

He has already earned 24 caps for his country, scoring eight goals, despite being just 22-years-old.