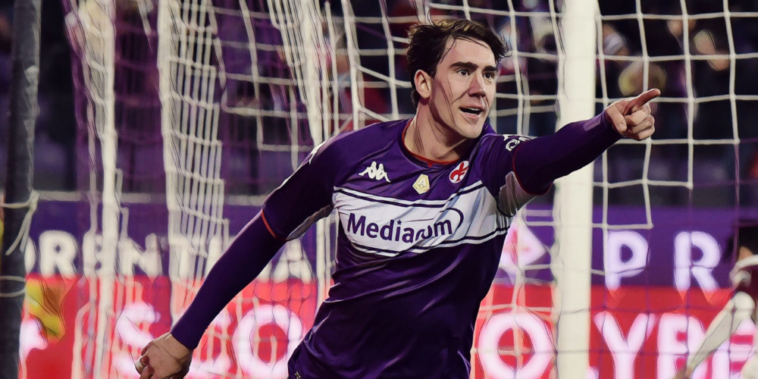 Dusan Vlahovic is keen to wait until the summer to decide his future, amid interest in the Fiorentina forward from Arsenal.

Arsenal are interested in signing the centre-forward following a brilliant breakthrough at Fiorentina, with the 21-year-old having scored 33 goals to equal the Serie A goal record for a calendar year in 2021.

The Italian side are prepared to sanction the sale of the Serbia international this month after he rejected the club’s offer of a new contract, with Fiorentina keen to earn the highest possible fee for the league’s leading scorer this season.

Arsenal are keen to sign Vlahovic and have been linked with a big-money deal in January, but Sky Sports are reporting that the in-demand forward would prefer to wait until the end of the season before deciding his next move.

Vlahovic wants to sign for a club competing in next season’s Champions League and would like to assess potential suitors at the season’s end, with Arsenal currently in a fight to secure a top-four finish in the Premier League.

The Gunners could include Lucas Torreira as a potential makeweight in a deal, the midfielder currently on loan at Fiorentina after being deemed surplus to requirements at the Emirates.

Vlahovic has scored 17 goals in 21 league appearances for Fiorentina this season and has also been linked with Juventus, Inter Milan and Tottenham.