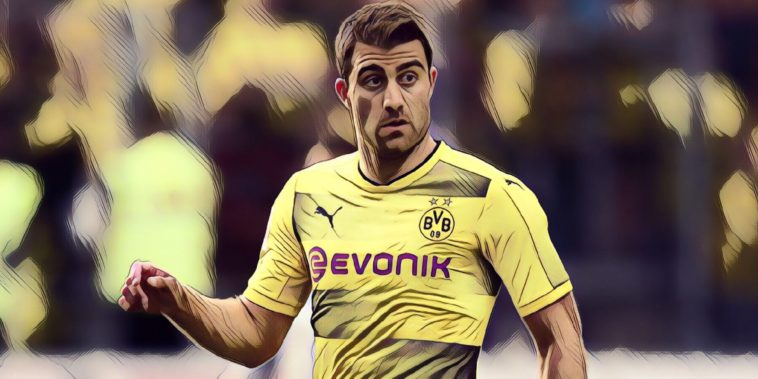 The father of Arsenal target Sokratis Papastathopoulos has revealed that his son has rejected a move to Manchester United in favour of a move to the Gunners.

The Greece international will complete his transfer from Borussia Dortmund to Arsenal today, and hence become the first signing of the post Arsene Wenger era as new Gunners’ boss Unai Emery builds his own side.

Central defence has been a glaring weakness in the Arsenal side for a number of years under Wenger, and the arrival of Sokratis will certainly help to start to resolve the defensive issues that have plagued the club for years. Recently appointed Director of Football Sven Milinslat has seemingly used his contacts at his former club Dortmund to wrap up the first deal of the summer.

Speaking on Greek radio station Radio 24/7, Sokratis’ father Charalambos Papastathopoulos has told the world that his son’s move to the Premier League will be concluded today:

“There was interest from United but he had to wait until July for them,” Charalambos said.

“United have a very good relationship with Dortmund, the teams talked but Sokratis chose to go to Arsenal.

“Arsenal had talked two years ago but I don’t know why he didn’t sign.

“He is going to a higher level, the world’s most competitive league and I believe he will do very well.

“Sokratis is in his last year at Dortmund. This was a major reason [for completing the move].

“I think he is going to a higher level. the world’s most competitive and I believe there will go well.”

Sokratis is likely to be followed into the Gunners by free agent defender Stephan Lichtsteiner, with £35m man Caglar Soyuncu also on the hit list.

The Gunners have also been linked with a shock move for Marouane Fellaini.