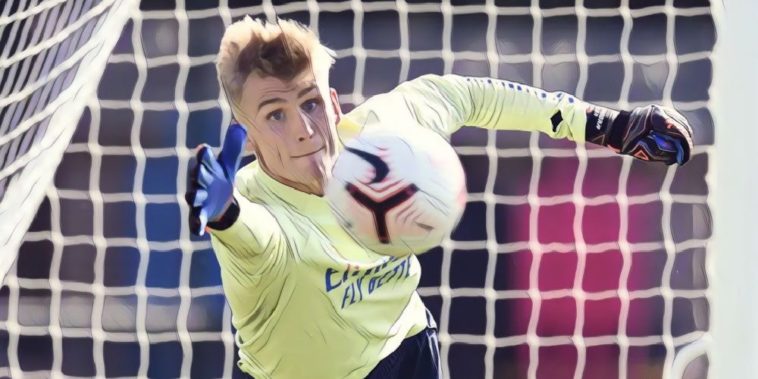 Arsenal new boy Runar Alex Runarsson has opened up on his goalkeeping idols and has explained why Tottenham’s Hugo Lloris is one of the shot-stoppers he most admires.

The Iceland international became Arsenal‘s fifth senior signing of the summer transfer window after signing a long-term contract at the Emirates this week, joining from French side Dijon to provide competition and cover for first-choice goalkeeper Bernd Leno following the departure of Emiliano Martinez to Aston Villa.

The 25-year-old admits he was an avid watcher of the Gunners as a child and spoke of his memories of former numbers 1’s, David Seaman and Jens Lehmann, admitting he is relishing the prospect of following those illustrious names in representing the north London side.

“They are amazing – I remember watching Seaman play when I was a small kid, the same with Jens Lehmann,” Runarsson told the official Arsenal website.

“Big characters, big personalities but also great goalkeepers. It is not easy to follow those guys but someone has to do it!

Alex Runarsson. Our No 13 🤝 pic.twitter.com/gqLydIHQvL

“Football would be no fun without having this type of pressure so it will be a challenge but I am up for it.”

Runarsson also spoke on his influences in the modern game, naming Spurs captain and now north London rival Lloris as a player he admires, praising the Frenchman’s ability to play ‘high outside the box’ in a sweeper-keeper style.

“Growing up I always liked the modern style of goalkeepers, the ones who play in a similar style to how I do,” he added.

“I enjoyed watching Hugo Lloris when he came to the Premier League, playing high outside the box, I also enjoy watching Manuel Neuer because he’s one of the best goalkeepers in the world.

“I am still young so I don’t go back that long but the modern style of goalkeepers who can make saves, but also contribute to the team when they are attacking.”

See also – The best Premier League stats of the week: The brilliance of Son, Thiago and Man City