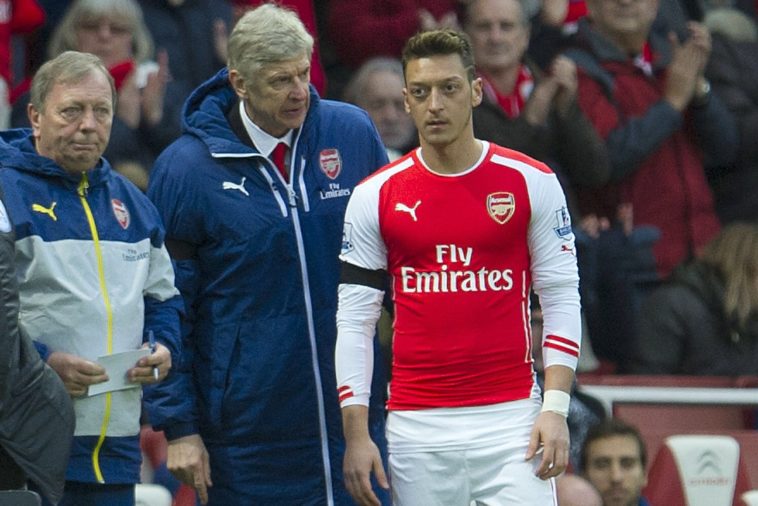 Arsenal have reportedly given up on Mesut Özil, and are looking to cash in on playmaker.

When the January transfer window open in two-and-a-half months time, Özil will have just six months remaining on his current deal. This means he will be free to talk to other clubs with a view to securing a pre-contract agreement, and ultimately leave the Emirates for free next summer.

Arsenal have been desperately trying to tie their once record signing down to a new deal, but with the German international asking for £350,000-a-week, they have so far failed to come to an agreement.

However, reports today suggest that instead of losing Özil on a free at the end of the season, Arsene Wenger has now had enough, and will look to sell the midfielder.

He has a similar problem with Alexis Sanchez, whose deal also runs out next summer, but unlike Sanchez, Özil is struggling to attract any potential suitors. Sanchez is attracting attention from some of the worlds biggest clubs, with Manchester Cuty thought to be at the front of the pecking order for the Chilean. However, Özil on the other hand, has only attracted attention from Besiktas and Inter Milan, with Manchester United tentatively interested also.

According to reports, Ozil’s attitude and lack of work rate on the field has frustrated a number of players in the Arsenal squad.

Transfer Market Web claim that Arsenal could now be willing to cash in on Özil in January for a cut price €30m. Whether any club will be willing to pay such a fee even in this inflated market, is yet to be seen.