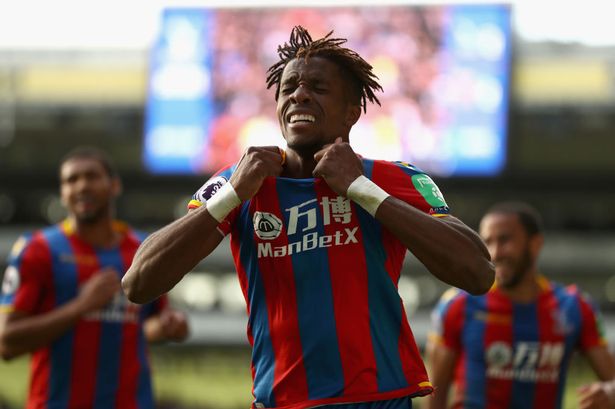 Arsenal have been linked with a shock move for Crystal Palace star Wilfred Zaha.The Ivory Coast International missed the first few weeks of the season, but came back to action with a bang in October. He single handedly has won every single point that Crystal Palace currently have, scoring the winner against Chelsea and the late equaliser against West Ham.

His return to action and form have left Palace bosses bracing themselves for interest in their star player, despite him only signing a new five year deal earlier this year.

According to The Sun today, one of those interested clubs is set to be Arsenal. They claim that Arsene Wenger is preparing a £35m bid for the 25-year-old with a view to him being the long term replacement for Alexis Sanchez.

Sanchez’s contract dispute is no secret to anybody these days, with the Chilean having just eight months remaining on his current deal at the Emirates. He could leave in January in a cut price move, or next summer where he can walk away for nothing.

Crystal Palace will be keen to keep Zaha until at least the summer as they desperately battle against the drop, with the Eagles already six points from safety.

Fellow London club Tottenham are also be keen on signing the attacker.

It of course wouldn’t be the first big move of Zaha’s career, after he agreed to join Sir Alex Ferguson’s Manchester United. However the legendary Scot called time on his career before he arrived, and Zaha struggled to impress either David Moyes or Louis van Gaal and was subsequently sold back to Crystal Palace.