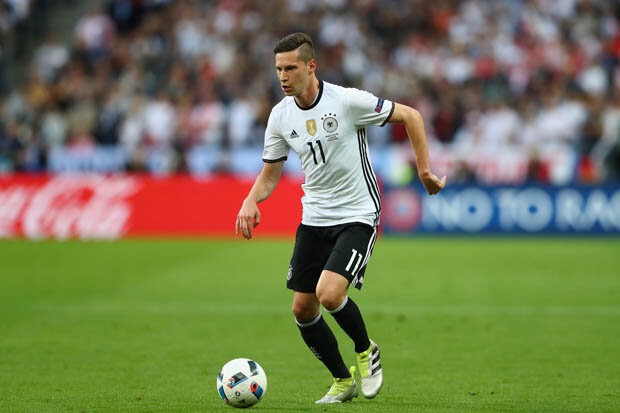 Arsenal manager Arsene Wenger is finally preparing to loosen the purse strings as he prepares to splash out £97million on transfers.

The Daily Express claim that the Frenchman is finally ready to meet Lyon’s £42million asking for a striker Alexandre Lacazette. Arsenal have already seen a £33million bid knocked back by the Ligue 1 club and are ready to up their offer to meet the clubs asking price. Lacazette scored 21 goals in 34 appearances last season.

Wenger has been strongly linked with adding to his striking options this summer, whilst Napoli striker Gonzalo Higuain has also been linked.

The Daily Mirror meanwhile claims that Wenger is ready to fork out a staggering £55million in a bid to sign Wolfsburg forward Julian Draxler, who played a starring role during Germany’s Euro 2016 campaign. The 21-year old has also been targetted by Arsene Wengers bitter rival Jose Mourinho at Manchester United.

With Wolfsburg failing to make this seasons Champions League, and club sponsors Volkswagon threatening cutbacks, the Bundesliga club could be forced into selling their prized asset. Wenger would certainly help to take the German off their hands after missing out on his signature last summer when he moved to Wolfsburg from Schalke.