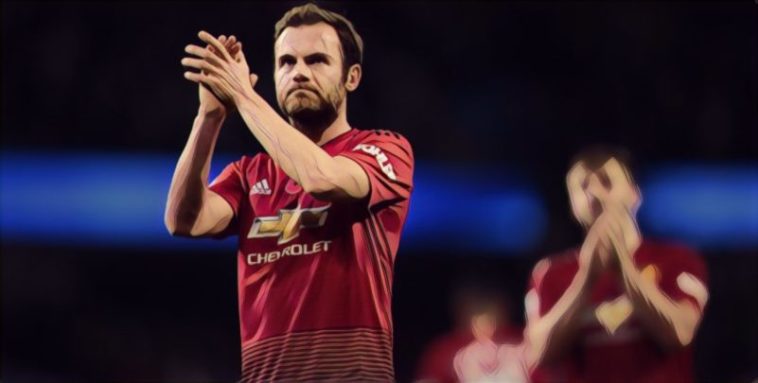 The 30-year-old is one of the classiest operators in the Premier League, where he has scored precisely 50 goals and provided 50 assists during his seven-and-a-half-years in English football.

However, the former Chelsea man has just six months remaining on his current deal at Manchester United, and while it is thought that he is keen to extend his stay at Old Trafford, a new contract offer has not yet been forthcoming.

He is now free to talk to foreign clubs about a potential free transfer in the summer, with the Daily Mirror claiming that Juventus, Barcelona and PSG all monitoring his situation.

However, the report also adds that Arsenal are now surprise contenders for his signature, with Mata previously working under Unai Emery during their respective time at Valencia.

With Aaron Ramsey set to join Juventus on a free in the summer, and Mesut Ozil looking less popular than a fart in a lift under the Gunners Spanish manager, the North London club are thought to be looking at making a move for Mata.

The United number 8 has only started two of the six Premier League games under the caretaker management of Ole Gunnar Solskjaer, who looks keen for his side to play with more pace in attacking areas, an attribute that Mata has never been blessed with.

Arsenal will have a chance to flutter their eyelids in the direction of Spaniard this evening as they host Manchester United in the fourth round of the FA Cup.