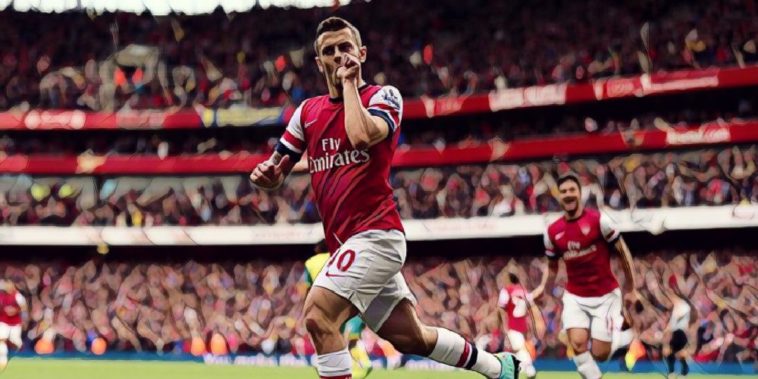 Jack Wilshere admits he is still an ‘Arsenal man’ and that he could never sign for Tottenham despite his ‘love’ for Jose Mourinho.

Wilshere is currently without a club after departing West Ham by mutual consent earlier this season, the midfielder having endured an injury-plagued two-year spell at the London Stadium.

The 28-year-old previously spent a decade at Arsenal after coming through the academy ranks at the north London side, making 197 appearances in all competitions and twice winning the FA Cup, and Wilshere insists his allegience to the Gunners means he could never consider a switch to Spurs.

Wilshere did, however, reveal his respect for Spurs manager Mourinho, but says even the possibility of working alongside the two-time Champions League winner could not tempt him to the Tottenham Hotspur Stadium.

Speaking about the possibility of an approach from Tottenham to the Super 6 podcast, Wilshere said: “I love [Jose] Mourinho, I think he’s an unbelievable coach… But I couldn’t do it.”

Wilshere admitted that Spurs are unlikely to be amongst the clubs interested in his services, but reiterated that his close ties with Arsenal would not allow him to consider crossing the north London divide.

“It’s not as if Arsenal got rid of me and kicked me out and there is bad feeling, they offered me a deal and I wanted to try something else. I’m an Arsenal man.”

The former England international is yet to make a decision on his future and has been tentatively linked with moves to both Rangers and MLS since leaving West Ham, Wilshere keen to secure regular first-team football after making just four Premier League starts over the past two seasons.