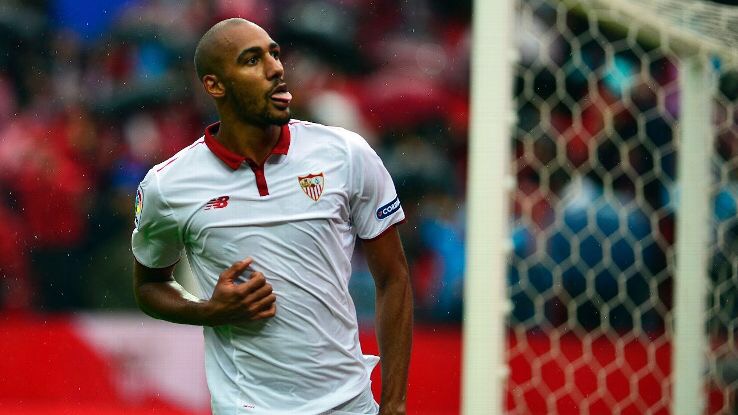 Arsenal and Manchester United are being linked with a move for Sevilla midfielder Steven N’Zonzi.

According to the Daily Mirror, Arsene Wenger and Jose Mourinho are keen on bringing the N’Zonzi back to the Premier League.

The 28-year-old made 216 appearances in during his six year spell in England, where he was a regular for both Blackburn and Stoke City. He made a shock move to Sevilla in 2015 for just £7million, and after initially struggling  with the Spanish heat and style of play, established himself as a regular. He even helped his side beat Liverpool in the 2016 Europa League final, his only major honour of his career.

The midfielder has however spoken of his love for the Premier League, and has refused to rule out a return:

“I don’t know what is going to happen in the future. I am fine at Sevilla. I feel good. I am used to it now. It is my third season so I am happy.”

The midfielder has two-and-a-half years remaining on his current deal at Sevilla, where he has a €40m release clause in hos contract.