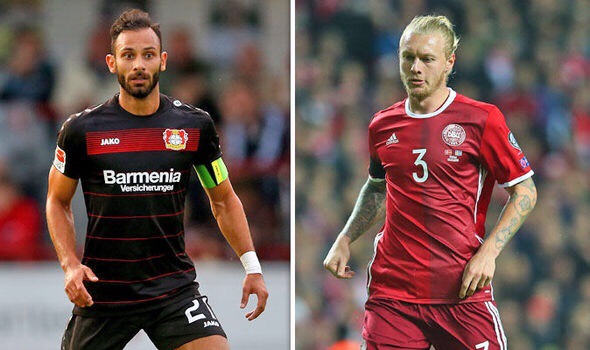 Arsenal have broadened their search for a new defender and have identified two targets as possibilities to join the club.

The Gunners had to start their opening Premier League game with young duo Rob Holding and Callum Chambers as their centre-back partnership after a series of injuries in their defensive ranks whilst Laurent Koscielny is not yet fit following his extended rest after Euro 2016.

They have been strongly linked with making a move Valencia defender Shkodran Mustafi, who has agreed to join the club, but the move has stalled in recent days as the clubs struggle to come to an agreement over the transfer of the player. Arsene Wenger is reluctant to spend more than £20million on Mustafi, whilst Valencia are looking for a fee in excess of £25million.

This has seen Arsenal broaden their search for a new central defender with Omer Toprak and Simon Kjaer being looked at by Arsene Wenger.

Turkish international Toprak is one of the most experienced defenders in the Bundeliga, spending five seasons at Bayer Leverkusen since his move from Freiburg in 2011, whilst Danish international Kjaer has amassed a wealth of experience during his career, where he has played for Wolfsburg, Roma, Lille and now Fenerbahce.