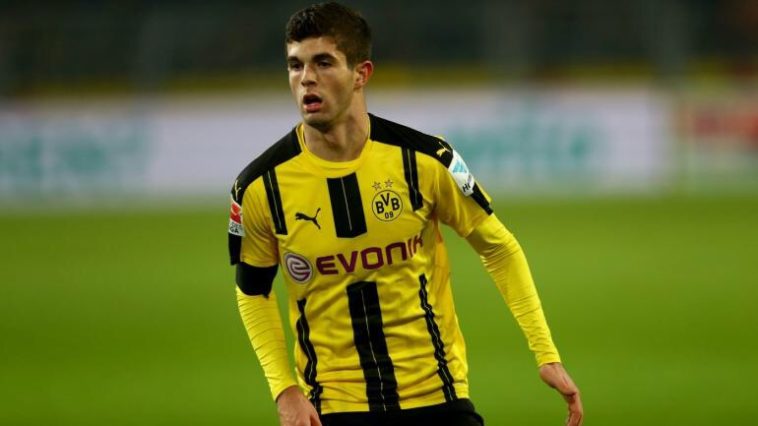 Arsenal, Liverpool and Tottenham Hotspur are all keen on signing Borussia Dortmund ace Christian Pulisic according to reports.

Liverpool boss Jurgen Klopp has had his eye on Pulisic for a number of months, and had lined him up as a potential replacement for Phillipe Coutinho during the summer. Coutinho of course ended up staying at Anfield this summer, meaning a move for a Pulisic never materialised, however Klopp is still interested in the youngster having worked with him during his time as Dortmund manager.

Tottenham boss Mauricio Pochettino is also interested in signing the USA international, and both sides have now been joined in the race to sign the 19-year-old by Arsenal.

Arsenal could be eyeing Pulisic as a potential replacement for Alexis Sanchez or Mesut Özil. The Arsenal stars have just nine months remaining on their current contracts at the Emirates, and could be set to leave the club for free next summer.

However, despite the interest from the Premier League trio, Pulisic has insisted he is happy at Signal Iduna Park, and is not planning to leave the club soon. Responding to speculation linking him with a move to Liverpool earlier this summer, Pulisic said:

“Yes, I read that. What more can I say? I’m fully concentrated on the start of the season.

“I’m very happy in Dortmund. To be clear, I am not thinking about changing clubs.

“At the beginning of the year I finally extended my contract until 2020.

“Last season, I established myself in Dortmund with a European top club, which was always my dream as a young boy.”

Despite being just 19, Pulisic has made 64 appearances for Dortmund, scoring 10 goals, and also has 18 caps for the USA, scoring seven international goals.