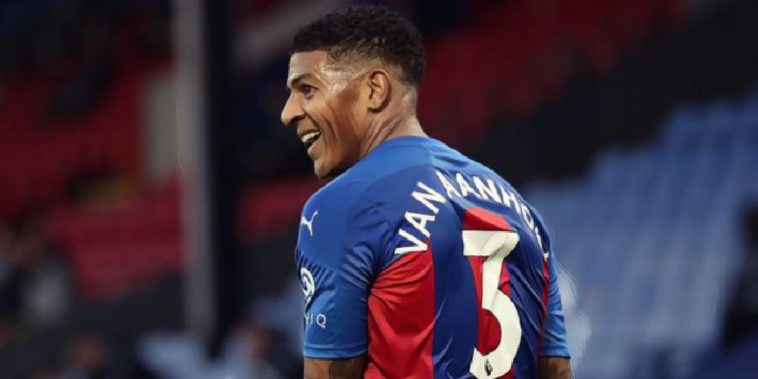 Arsenal have been linked with a late move for Crystal Palace defender Patrick Van Aanholt, as Mikel Arteta looks to bring in cover for first-choice left-back Kieran Tierney.

The Dutch defender has been a reliable presence in the Palace first-team since his arrival at the club from Sunderland in 2017, with the Dutchman putting in some eye-catching attacking displays from full-back.

The former Chelsea youngster had nailed down a starting berth over the past few years, although injury and the emergence of youngster Tyrick Mitchell has seen his game time somewhat restricted.

The 30-year-old is entering the final six months of his current contract and could well leave the club for free in the summer.

With Palace potentially set to lose their man for nothing at the end of the season, they may well be willing to sanction a sale in order to recoup some funds this month.

According to the Mirror, Arsenal are reportedly keen to bring in Van Aanholt before the window closes on Monday, as Arteta seeks to add cover for the impressive Kieran Tierney.

The Gunners have been forced to use right-back, Cedric Soares, at left-back in recent games in the absence of Tierney, while young star Bukayo Saka and the versatile Ainsley Maitland-Niles have also been deployed on the left side of defence under Arteta.

A move for the Palace man would likely allow the club to sanction a loan move for Maitland-Niles to another Premier League club, with the 23-year-old keen to secure regular game time in order to try and secure a place in Gareth Southgate’s England squad ahead of the Euros this summer.

As for Van Aanholt, the former Vitesse man is also keen for minutes in order to confirm his place in the Holland squad and add to his 12 caps for his country.

If any signing is made it would be the Gunners third major arrival of the month, with both Mat Ryan and Martin Odegaard having joined the club on loan deals until the end of the season.