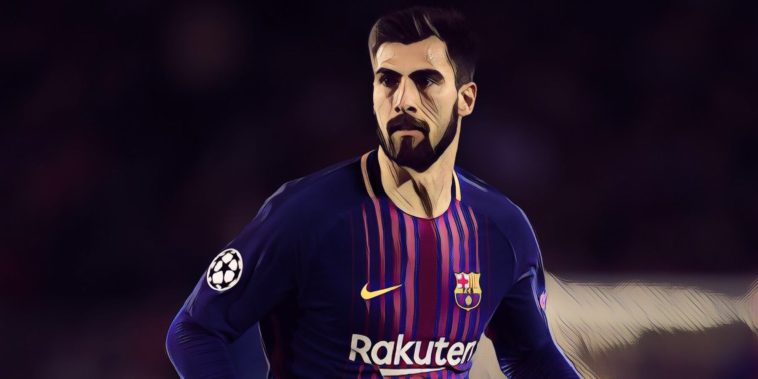 Arsenal are being linked with a move for Barcelona midfielder Andre Gomes.

With Arsene Wenger’s 22 year spell in charge of Arsenal firmly consigned to the history books, new Gunners boss Unai Emery has set about rebuilding a squad which has significantly underachieved for years.

While he has moved to strengthen the Gunners’ defence, it seems as though their midfield is also a point of concern for the Spaniard, with a number of central midfielders having been linked.

It is thought that they will conclude a deal for Sampdoria midfielder Lucas Torreira once his involvement at the World Cup with Uruguay is over, while they have also been linked with the Sevilla midfield duo of Ever Banega and Steven N’Zonzi.

However, according to the Independent today, Barcelona’s Andre Gomes is also a target.

The Portuguese has struggled during his time at the Nou Camp since joining from Valencia in 2016.

It is thought that while Gomes is not a part of Ernesto Valverde’s plans at Barcelona, but the La Liga Champions would still demand a fee of £30 million.

While £30m is not a great sum of money in this current transfer climate, the report says that Arsenal could be forced to sell players first in order to raise funds for the deal.