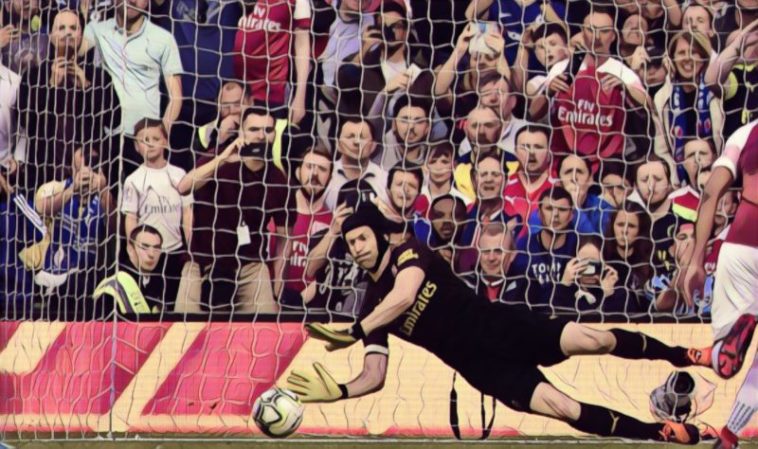 Arsenal goalkeeper Petr Cech has revealed that his sides penalty shoot-out victory over Chelsea in yesterday’s pre-season friendly in Dublin will fill the Gunners with confidence ahead of the upcoming Premier League season.

Unai Emery’s side went behind to an early Antonio Rudiger goal, but a last minute Alexandre Lacazette strike sent the game to penalties.

Arsenal emerged victorious from the shoot out with Cech saving from England international Ruben Loftus-Cheek, and afterwards the former Chelsea ‘keeper spoke to Arsenal.com:

“Well, I have to say that first of all I’m glad we came into the penalty shoot-out because we were losing the game until the last minute, so credit to all of us that we managed to dig in and manage to find an equaliser. In the shoot-out everyone took their penalties very well and there was only one miss.

“I was very close to the first one which was a bit of a shame because I had my hand to it and it hit my head and I thought it was going to go wide, but it went in. But in the end our boys managed to keep their nerves and we managed to win. Its always good for the confidence before the season starts.”

Cech also revealed that he felt confident ahead of the shoot out, and overall he was happy with his sides performance.

“I felt confident. We’ve been working really hard and really well, so when you are prepared you feel confident obviously. The game didn’t start well for us when we went 1-0 down, but eventually we improved and in the end from both sides it was a really entertaining and quality game.” He added.