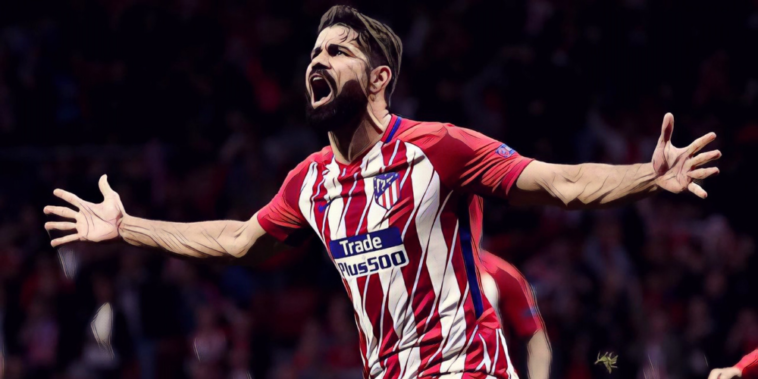 Arsenal are interested in a deal to sign former Chelsea striker Diego Costa next month as the forward prepares to leave Atletico Madrid.

Costa has entered the final months of his contract with the Spanish side and was expected to leave the club on a free transfer during the summer, though reports are suggesting that the 32-year-old could be allowed to walk away next month after falling down the pecking order.

The summer signing of Luis Suarez has restricted the star to just two league starts during the current campaign, and Diego Simeone’s side are understood to be prepared to allow Costa to leave in January to remove him from the wage bill.

According to AS, Arsenal are considering a move to bring Costa back to the Premier League, where the forward scored 52 goals in 89 appearances and won two league titles during a hugely successful spell at London rivals Chelsea.

Arsenal have scored just 15 goals in their 15 league games this season with club captain Pierre-Emerick Aubameyang having struggled for form, and the addition of the powerful Costa would add a differing option to their attacking contingent.

Despite indifferent relations between Arsenal and Atletico following the Gunners’ late window signing of Thomas Partey, the Spanish side’s preference is believed to be for Costa to move abroad with widespread reports of a clause preventing the star moving to direct rivals Barcelona, Real Madrid and Sevilla.

Costa returned to Atletico from Chelsea for a second spell during the 2018 January transfer window and has scored 19 goals in 81 appearances for Los Rojiblancos, winning the Europa League and the UEFA Super Cup.

Read – Required Reading: Five of the best football books of 2020