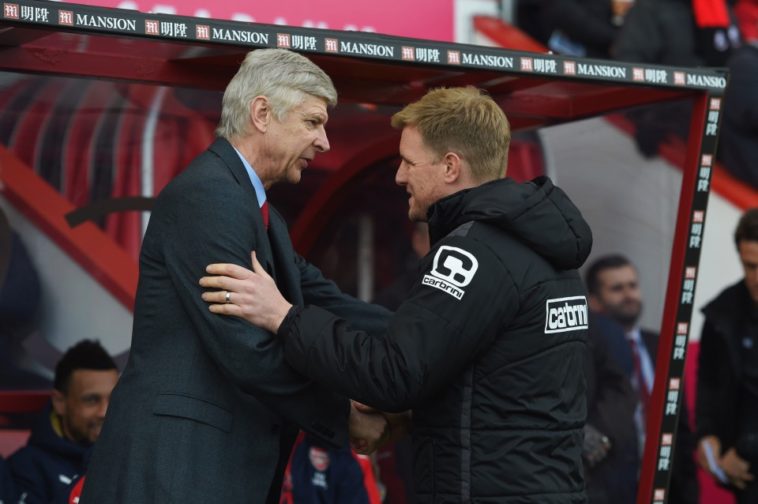 Arsenal have identified the man to replace Arsene Wenger this summer according to reports today.

The Frenchman is out of contract at the end of the season and is yet decide on his future plans, however the club have already identified the man they want to take over at the Emirates this summer should Wenger decide to call it a day, and that man is Bournemouth boss Eddie Howe.

Arsenal fans have been calling for Wenger to stand down for a number of seasons after several disappointing campaigns under the Frenchman, despite an unrivalled record of Champions League qualification.

Howe meanwhile guided the south coast club the the promised land of the Premier League two seasons ago, and against all odds, managed to maintain their Premier League status into a second year.

Arsenal have entrusted also Bournemouth with the services of Jack Wilshere who is temporarily at least, surplus to requirements at the Emirates, as Arsene Wenger is a keen admirer of Howes methods.

Wenger has been offered a job for a life with the Gunners, and it has been speculated that the Frenchman could swap the touch line for the boardroom, taking a role of technical director, which would open an opportunity for Howe to take over the managers job.