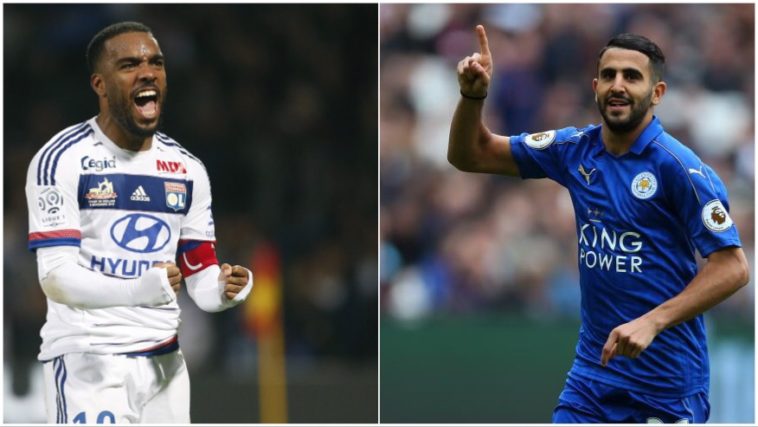 Arsenal are close to completing two summer signings according to reports from around Europe.

According to Italian publication Calciomercato, Arsenal are close to announcing the signing of Leicester City winger Riyad Mahrez.

The Algerian has been linked with a move away from the 2015/16 Premier League champions ever since lifting the title last summer. Arsenal, Barcelona and Chelsea were believed to be interested in signing the then PFA Player of the Year. However Mahrez decided to stay with the Foxes for one more season, before finally handing in a transfer request at the end of last season.

Arsenal have been the only club that have shown interest in the Algerian this summer and according to reports, he is very close to being unveiled as a Gooner,

Also set to be close to joining him at the Emirates is Alexandre Lacazette. The striker is believed to be close to a move to Arsenal with report in France claiming he has agreed a five-year deal with the Gunners.

Lyon president Jean Michel Aulas has confirmed that the deal is close:

“The transfer [fee] will be between €45million and €50m. Being close to €50m is unique, and will probably be a record for Arsenal and Olympique Lyonnais as well.

“We will probably reach a new record, it’s not a small transfer, €50m for a player trained by our club.”

He added that it could be completed in “one or two days”. Lacazette has scored 118 games in 183 games from the Ligue 1 club, including 28 in 30 Ligue 1 appearances last season.

The signings of Mahrez and Lacazette could signal the end of Alexis Sanchez and Olivier Giroud, who have both been linked with a move away from the Emirates this summer.