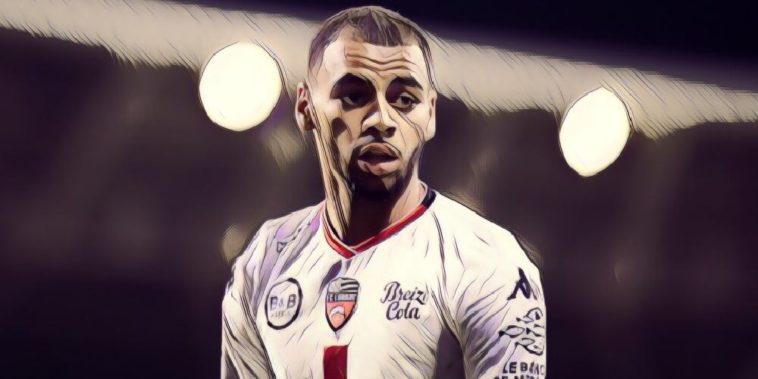 Arsenal are set to improve their bid for Lorient forward Alexis Claude Maurice, with the player reportedly keen to move to the Emirates.

The Frenchman enjoyed a pretty impressive campaign for Lorient last season, netting 14 goals and providing three assists, helping Les Merlus to a sixth-place finish in Ligue 2 and was the divisions second-highest goalscorer.

His form has seen him attract plenty of interest in his services, with 10 clubs said to be monitoring him, while West Ham reportedly saw a £12m bid for the 21-year-old rejected last month.

They also report that the youngster has already agreed personal terms with the Gunners, while Sky Sports’ Kaveh Solhekol also backs up the claims saying that he wants to move to the Emirates.

Alexis Claude-Maurice wants to move to Arsenal but ten other clubs are trying to sign the Lorient forward this summer. West Ham had bid rejected last month. Lorient want at least £16m

Arsenal have also been linked with a move for Belgian winger Yannick Carrasco, who wants to return to Europe after a stint over in the Chinese Super League.

However, the Gunners may have to raise funds through player sales, with it being widely reported that their failure to qualify for the Champions League has left them with a transfer budget of a mere £40 million.