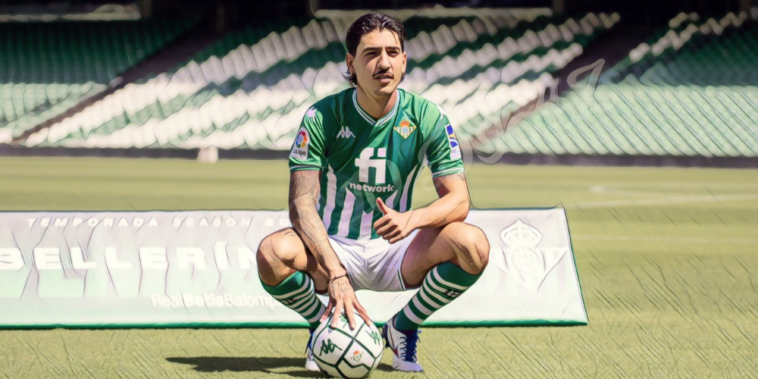 Hector Bellerin reportedly used a data company to help identify Real Betis as the most suitable destination following his decision to leave Arsenal.

Bellerin signed for Betis on a season-long loan deal on deadline day, with the full-back having expressed a desire to leave Arsenal in search of a new challenge.

The Athletic have now revealed that the 26-year-old sought the advice of data company, Analytics FC, to find a suitable loan destination, with the company helping identify the La Liga side as a club whose needs and style would suit Bellerin.

Betis were in the market for a right-back after last season’s first choice, Emerson Royal, returned to Barcelona before completing a move to Tottenham.

The Spanish side are said to have ranked highly on a list of sides whose style would be best suited to Bellerin’s attributes, with the loan signing set to compete for a position at right-back in Manuel Pellegrini’s 4-2-3-1 system.

Bellerin sought the statistical advice of Analytics FC as he seeks to return to prominence with the national side, the four-cap Spain international having targeted a position in La Roja’s squad for the 2022 World Cup in Qatar.

Whilst clubs have long sought statistics when identifying transfer targets, the revelation of Bellerin’s use of analysis for his own personal development is an interesting angle to how stats influence the modern game.

Bellerin signed for Arsenal as a teenager after leaving Barcelona’s academy system and made 239 appearances across all competitions for the Gunners.

Read – Iconic Duos: Desailly and Blanc, The Rock and the President