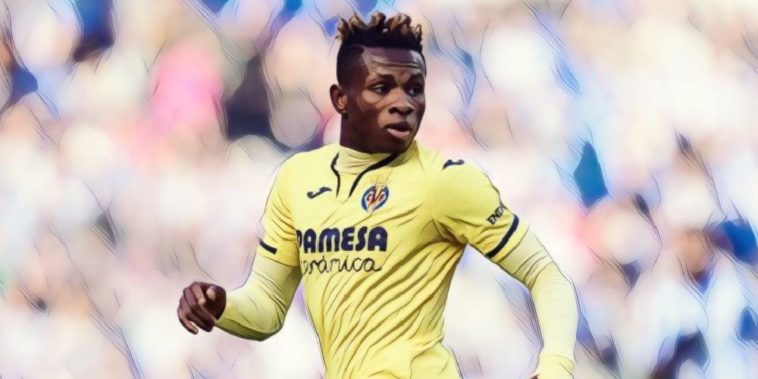 Torres and Chukwueze are two of the most promising young talents in Spanish football at present and have starred for Villarreal in recent months, playing an influential role in the club’s pursuit of European qualification.

Centre-back Torres – who has been linked to Man City – was handed his first senior call-up to the Spain squad last year, scoring on his debut against Malta, whilst Nigerian winger Chukwueze has reportedly attracted the attention of a host of Premier League sides including Liverpool of late.

Villarreal midfielder Cazorla, who previously spent six years at Arsenal, has now revealed his former side have asked for his opinion on his two in-demand teammates ahead of a potential summer move, but has warned the duo against a moving too soon as they continue their development in La Liga.

“They ask me about them and think they can make the jump to the Premiership tomorrow.

“It’s good that great teams are interested in young players from Villarreal, but for the moment I tell them to leave them alone here.

“They still have to take steps forward. They both have a great personality, and their feet are on the ground.

“In Pau’s case he hears constant talk of [Manchester] City or Barcelona, but he is aware that he has to keep growing as a player and that in the future we will see where he can go.”