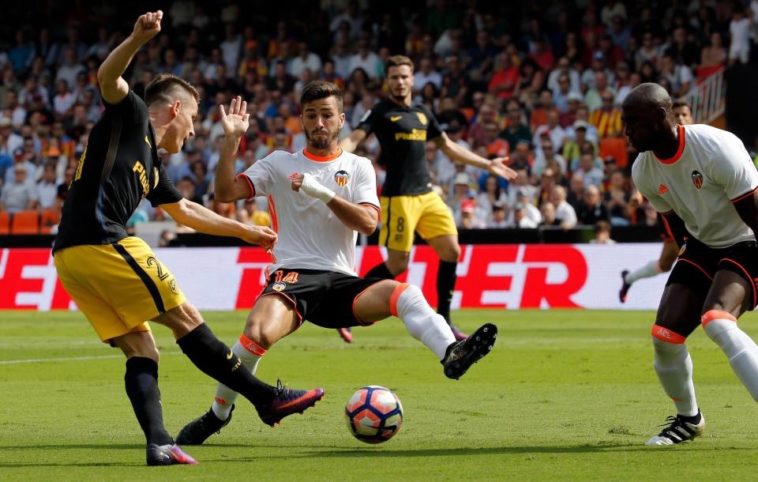 Arsenal will go head-to-head with Manchester City this summer over the signing of highly rated Valencia defender Jose Gaya.

Both Premier League sides are looking to bolster the left-back department of their squads and have both identified the young Spaniard as one of their main summer transfer targets.

The 21-year old is seen as an ideal player to rejuvenate both clubs ageing defences. Arsenal’s first choice left back is Nacho Monreal who is 31 years old, whilst Manchester City’s primary left backs, Gael Clichy and Aleksandr Kolarov are also the wrong side of 30.

Gaya on the other hand is pacey and exciting, and has his best years ahead of him, but with three years remaining in his contract at the Mestalla, he won’t be a cheap signing for either Premier League side.

He has been one of the shining lights for what has been another disappointing campaign for Los Che, who currently lie in 13th position in La Liga. He has made 25 appearances for the club this season.

The defender came through Valencia’s academy, making his senior debut for the club back in 2012. In total he has played 75 appearances for Valencia, scoring three goals. He has been capped by all Spain at all youth levels, and has been called up to the senior squad twice, but is yet to make his debut.

Will Gaya move to the Premier League? Leave us a comment below