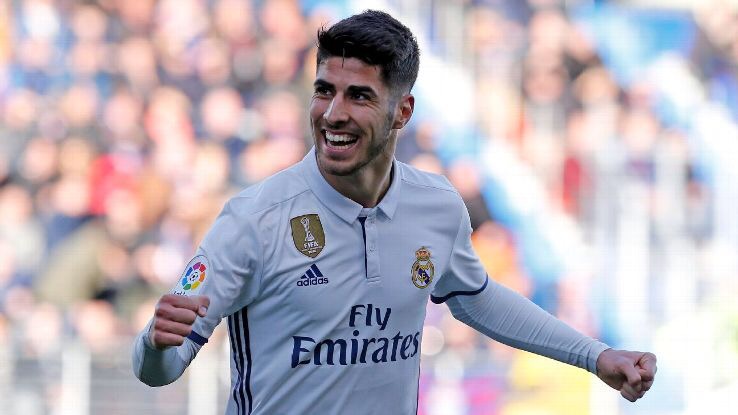 Arsenal and Liverpool have made contact with Real Madrid regarding the potential signing of wonderkid Marco Asensio according to reports in Spain.

Diario Gol claim that the Premier League giants have made enquiries to the Spanish champions over the availability of the youngster, who had a phenomenal breakthrough campaign at the Bernabeu las season.

The 21-year-old made an impressive 38 appearance for Los Blancos last season, providing four assists and scoring 10 goals, including the the last goal in last seasons Champions League final victory over Juventus in Cardiff.

Serie A club’s Juventus and Inter Milan are also monitoring the youngster and are keen on signing the exciting player.

However, the player wants to establish himself as a regular with the European Champions and is keen to sign a new deal to extend his stay in the Spanish capital. Asensio moved to Real Madrid back in 2014 from Mallorca, before spending two seasons out in loan at Mallorca and Espanyol respectively. He had an impressive campaign for Espanyol in 2015/16, prompting Real Madrid to give him his opportunity, one that he grasped with both hands.