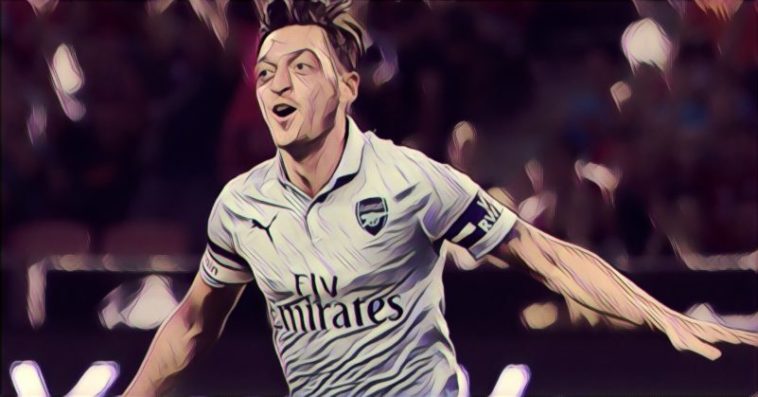 To be fair to the Qatari owned Parisien outfit, they fielded a young and inexperienced side, with Thomas Tuchel unable to select the vast majority of his star men.

However, new Arsenal boss Unai Emery will be delighted with his sides performance, and the Gunners look in good shape ahead of their opening Premier League fixture against Manchester City on August 12.

As the old saying goes, a picture tells a thousand words, so with that in mind here are five of the best pictures from today’s game:

After a difficult summer Mesut Ozil was finally back in the headlines for the right reasons, when he put Arsenal ahead from close range in the 13th minute.

Two of the great goalkeepers of the modern era Gianluigi Buffon and Petr Cech embrace.

Despite not getting on the scoresheet Pierre-Emerick Aubameyang looked sharp, and it will be interesting to see how the lightning quick frontman does in his first full season in the Premier League.

Alexandre Lacazette stole the show and the man of the match award by scoring a brace after coming on a second half substitute.

Promising youngster Eddie Nketiah sealed an encouraging victory for the Gunners when he slotted home in injury time.