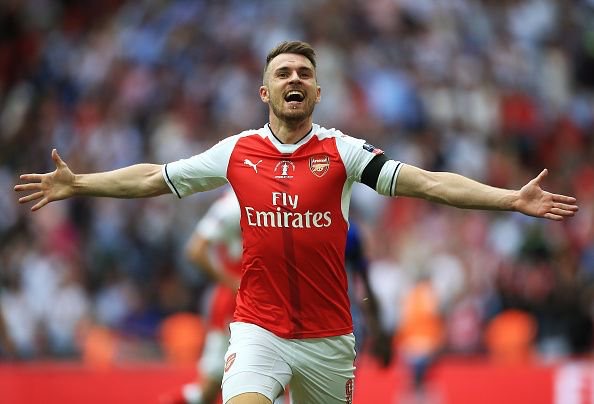 Arsenal have won the Emirates FA Cup for a record 13th time. Here are final things we learned from the final.

Alexis Sanchez is a big game player and has been named Arsenal Player of the Year after his outstanding season. He has now scored seven goals at Wembley, including two for Chile in a friendly against England four years ago.

Sanchez is also Arsenal’s leading scorer at Wembley with five goals, two more than Marc Overmars and Ian Wright. What a player.

There was widespread concern when it was announced that David Ospina would start in goal instead of Petr Cech. However, Arsene Wenger made the correct decision.

Ospina was superb in goal making saves from Diego Costa and Victor Moses. He should have done better for Costa’s equaliser but overall he was a confident presence at the back which was exactly what Arsenal needed.

Gary Cahill proves his worth

Chelsea didn’t turn up and they simply weren’t good enough against a determined Arsenal side. Gary Cahill was the only bright light in a disappointing display from his side. Cahill stopped Danny Welbeck, Alexis Sanchez from scoring.

His goal-saving clearance was a back hell off the line which prevented Mesut Ozil from scoring. The rest of the squad may not have performed to their usual standards, but Cahill did all he could to keep his side in the game.

Superb return to form for Mertesacker

Arsenal captain Per Mertesacker made his first start of the season against Chelsea. With Gabriel injured, Mustafi suffering from concussion and Laurent Koscielny suspended, Mertesacker stepped up.

The German defender was absolutely superb in defence. He threw himself in front of the ball on numerous occasions and his long limbs were put to good use. For someone that had never played in a back three before, he looked confident and assured.

In the first half, he made three clearances, three recoveries, two tackles and one block. Although Alexis Sanchez and Aaron Ramsey will steal the headlines, Mertesacker was a worthy contender for Man of the Match.

The Gunners are record breakers

Arsenal have had a poor season, missing out on the Champions League for the first time in 20 years. However, once again, the FA Cup has papered over the cracks. The Gunners played in a record 20th FA Cup Final and became the first side to win the competition 13 times.

Arsene Wenger is now the most successful manager in the FA Cup with seven wins.